Gov. Evers was not satisfied with his first defeat at trying to pass gun control through the state legislature, so he has called a special session that convenes today to make his will be done. 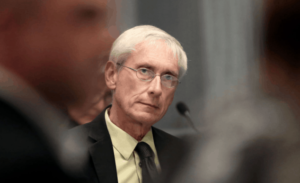 Apparently, the governor does not understand why Wisconsinites do not want the state to be able to come and confiscate their firearms without a trial or due process.

Red Flag laws, or Extreme Risk Protection Orders as gun grabbers are fond of calling them, are just a thinly veiled attempt at gun confiscation orders.

Instead of calling for “special” sessions, the Governor should spend some time reviewing both Wisconsin’s and the United States’ constitutions.

The Wisconsin Constitution affirms that “[t]he people have the right to keep and bear arms for security, defense, hunting, recreation or any other lawful purpose.”

And in a similar fashion, the Second Amendment makes it clear that this right “shall not be infringed.”

Sadly, it appears that we need to remind the legislators in the state, as well as Gov. Evers, what these rights mean.

Please urge your legislators to oppose all calls for gun control from Gov. Evers and remind them that Extreme Risk Protection Orders is just doublespeak for Gun Confiscation Orders.