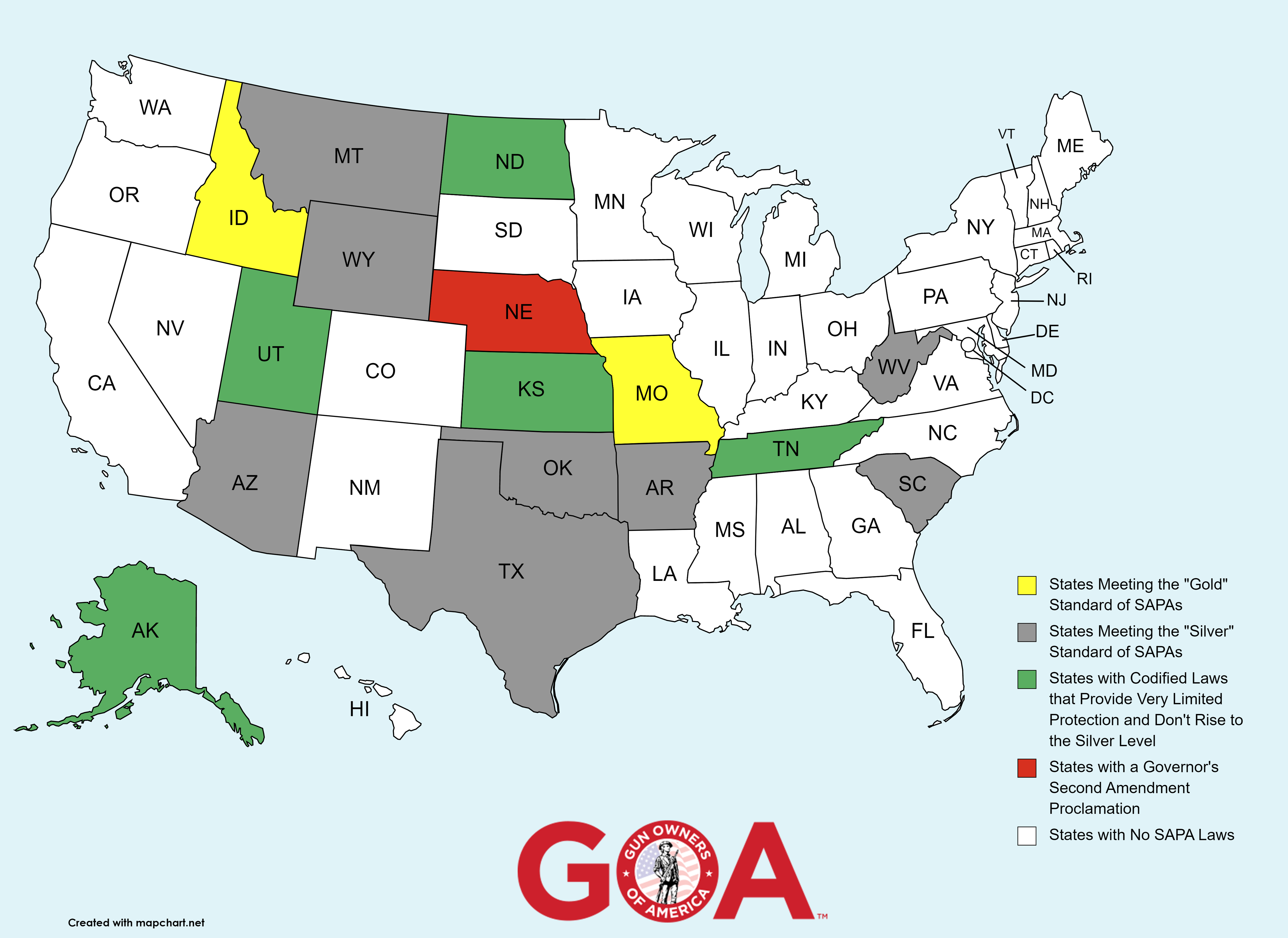 Gold – The “Gold” Standard of a Second Amendment Preservation Act (SAPA) offers Essential Protection for gun owners against gun control that is contrary to the U.S. Constitution or the Constitution of the State in question. Gold Standard SAPAs must include protections like the prohibition of funding for gun control and/or criminal or civil penalties for government agents and/or agencies that enforce unconstitutional gun control. States that have passed measures meeting the “Gold” standard are Idaho and Missouri.

Silver – The “Silver” standard is a positive starting point for a Second Amendment Preservation Act. While such an act demonstrates an on-the-record commitment to the right to keep and bear arms, these acts lack Essential Protections necessary to stop gun control such as funding prohibitions and/or criminal or civil penalties. States that have passed “Silver” standard SAPAs are Arizona, Arkansas, Montana, Oklahoma, South Carolina, Texas, and West Virginia. GOA applauds these states and urges them to build upon their existing SAPAs and adopt stronger, “Gold” standard measures.

Green – SAPAs must protect more than manufacturing and/or weapons manufactured in-state of in-state components. Alaska, Kansas, Utah, and Wyoming have these limited laws, and they do not qualify as SAPAs. All firearms must be protected. North Dakota and Tennessee have laws that are so weak that they provide no real protection of Second Amendment Rights.

*Nebraska: GOA commends Governor Pete Rickett’s proclamation of Nebraska as a Second Amendment Sanctuary. However, GOA urges the state legislature to follow Rickett’s lead by passing a strong, “Gold” Standard Second Amendment Preservation Act. SAPAs must be codified into state legislation to qualify at the Gold or Silver level. Resolutions and Proclamations do not qualify as SAPAs.

BASIC Components (SAPAs should have multiple components listed below)