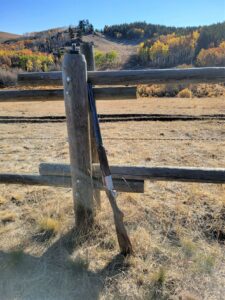 The Second Amendment is one of our most important rights, and it is one right that protects our other God-Given rights and liberties. Gun Owners

of America understands that America’s hunters appreciate these principles and have played a role in defending American values since our Nation’s beginning.

Hunting has been a part of American culture since our founding, and many young shooters and Second Amendment advocates learn about firearms and firearms rights because they develop an interest in hunting as children. Hunting and Democracy have been intertwined since the earliest days of colonial America.

As an example, many American settlers loathed the British system, in which all game was considered the property of the crown or private owners and only the wealthy were permitted to hunt. However, by 1623, the Plymouth Colony issued a mandate that fowling, fishing, and hunting were “free” to everyone. This concept became common throughout America where hunting has long been viewed as an activity available to all people regardless of social status.