Vote “No” on I-1491 & Protect Gun Rights and the Constitution

The presidential election has been talked to death.

And while the Second Amendment is an important factor in presidential politics, Initiative 1491 will have an immediate, direct effect on your gun rights no matter the outcome of the 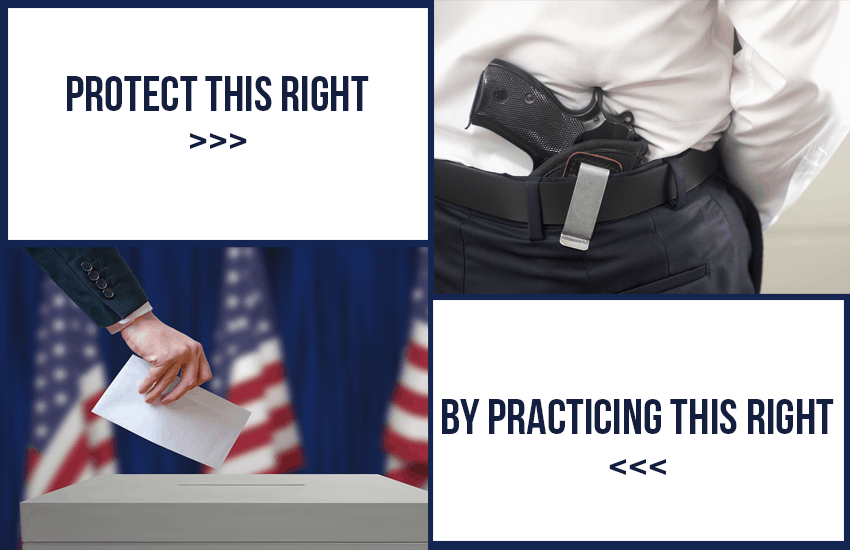 I-1491 would allow courts to authorize “extreme risk protection orders” which would prohibit a person from not only buying but also possessing a gun for up to one year.

This might sound like a “small inconvenience,” but it sets a dangerous precedent. If gun owners give up ground now, then it paves the way for even more arbitrary restrictions on Second Amendment rights in the future.

Gun controllers in Washington State are not only well-funded but have launched a massive campaign presenting this initiative as “common sense.”

They’re using the same dishonest tactics as when they lobbied for Universal [Registration] Background Checks in 2014.

But this initiative is the furthest thing from “common sense.” It’s right out of the playbook of the ineffective Bloomberg-style gun control that leaves bad guys armed and good guys defenseless.

Encourage your friends and family to vote “No” as well.

We can’t let our inalienable rights erode away.

P.S. GOA has released a Congressional Voter Guide detailing the pro-Second Amendment candidates in your district. Use the guide on November 8th, and share this video with your friend and family to do the same!