Constitutional Carry Passes Both Chambers of the Kansas State Legislature! 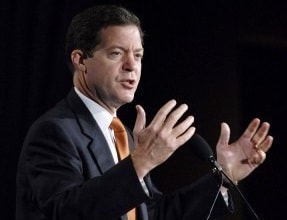 Under this bill, Kansans will no longer be required to get the government’s permission to exercise their Second Amendment rights to carry a firearm to protect themselves and their families.

Most importantly, it’s now time to urge Governor Brownback to sign this bill. Tell him that there are already six other states that allow for constitutional carry, and they are six of the safest states in the country.

ACTION: By using this link, you send Governor Brownback a pre-written letter, urging him to sign SB 45.