ACTION: Contact your U.S. Senators and urge them to support the various pro-gun amendments to the budget resolution (S.Con.Res. 11).

Within the next 72 hours, gun owners should expect votes in the U.S. Senate on:

We expect more gun-related showdowns in the next 72 hours than in the next 9 months combined.  At least 5 gun-related amendments are expected on the Budget Resolution (S.Con.Res. 11) — a once-a-year vehicle that gives senators an opportunity to get hundreds of votes on any issue they choose. 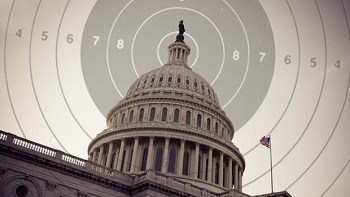 And at least five senators have chosen to get votes on guns.

We have already told you about the Crapo amendment to shut down Operation Choke Point — which has been used by Eric Holder to try to financially strangle the gun industry.

But there are other amendments as well:

* An amendment by Senator Jim Inhofe (R-OK) and David Vitter (R-LA) to prohibit ATF from banning bullets — in the way it tried to do with AR-15 ammunition;

* Another amendment by Senator Inhofe to block any and all funding for the implementation of the UN Arms Trade Treaty;

* An amendment by Senator Mike Lee (R-UT) to prohibit any more anti-gun amendments in the Senate — be they semi-auto bans, magazine bans, universal gun registries, etc. — unless anti-gunners get more Senate votes than they will ever conceivably be able to achieve;

* And there is an amendment to prohibit the ATF from copying 4473’s and using them to compile a national gun registry; and another one to push national concealed carry reciprocity — in a way that allows residents of “constitutional carry” states to carry without asking “May I?” from the government first.

It is critically important that you chime in with respect to all of these amendments.

One final point:  If you read the amendments, they are filled with “budgety” language about “reserve funds,” and so forth.  But the important thing to know is that this is an exercise in freezing in pro-gun votes.  We killed UN Arms Trade Treaty with a budget amendment like these.  And, once we freeze in our headcounts, we can stick these same amendments onto the non-filibusterable reconciliation bill — or on the appropriations bills when they begin to move in a couple of months.

But if you hate bullet bans — or if you like national concealed carry reciprocity — or if you want to permanently preclude anti-gun amendments in the Senate — now is the time to make your voice heard.

ACTION: Contact your U.S. Senators.  Ask them to support:

* The Lee amendment, requiring unattainable supermajorities to ever bring up any gun control in the Senate again;

* The Crapo amendment to shut down Operation Choke Point;

* Plus amendments to push concealed carry reciprocity and prohibit the ATF from copying 4473’s.

Constitutional Carry Passes Both Chambers of the Kansas State Legislature!