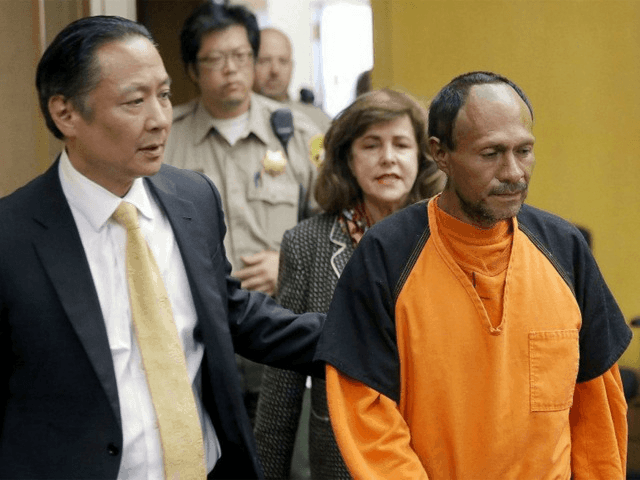 Sanchez is accused of shooting and killing Steinle with a stolen SIG Sauer handgun on San Francisco’s Pier 14 on July 1, 2015. Days after Steinle’s death, Breitbart News reported that Sanchez was a “five-time deportee” and a “seven-time convicted felon.”

The gun with which he allegedly shot Steinle had been stolen from the car of a Bureau of Land Management agent. Now Sanchez’s attorney says the gun is to blame.

(For those who may not know single-action from double-action, a single-action handgun with a hammer is one in which one action—pulling the trigger—releases the hammer from a held position, striking the firing pin and firing a bullet. All of that happens in a single action. In a double action, pulling the trigger does two things: 1. It draws the hammer back to the held position, then 2. Releases it so that it strikes the firing pin and fires a bullet. Obviously, the single-action trigger pull would be shorter and lighter, but one has to manually cock the hammer back or rack the slide in order to reach single-action mode.)