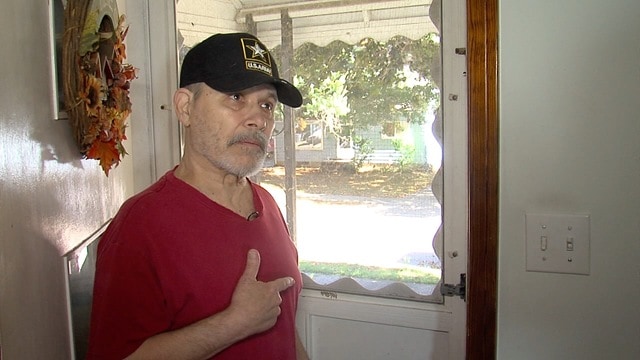 AKRON, Ohio – A senior citizen, who is also an Army veteran, took matters into his own hands after a burglar charged into his Akron home.

The homeowner wrestled with the intruder and then shot him in the leg.

Craig Noggle, 66, is sore from bruises on his lower back and arm after fighting for his life inside his home on Sullivan Avenue.

Noggle says his neighbor, Daniel Givens, knocked on his door Sunday morning and walked away. But when Givens returned a second time, the Army veteran sensed something was wrong. That time, he said, he had his gun and a warning at the ready.

“You try to come in through this door, I’m gonna shoot you,” Noggle said he told his neighbor. “He said, “Yeah, where’s the gun?’ and I picked it up. I said, ‘This is the gun and you’re gonna get shot.'”