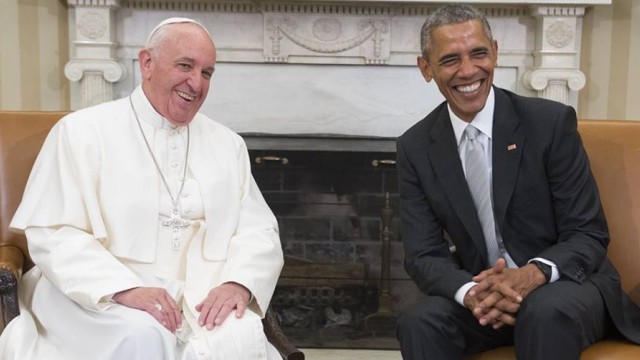 Two of the first U.S. Catholic bishops elevated by Pope Francis to the rank of cardinal have been forthright in their feelings towards increased gun control.

On Sunday, the Vatican announced 17 new cardinals that would be made official at the Nov. 19 consistory at the Holy See. The appointments include three Americans: Archbishops Joseph Tobin of Indianapolis and Blase J. Cupich of Chicago, as well as Kevin Farrell, who was the Bishop of Dallas until September.

Both Cupich and Farrell — who is currently the Pope’s Prefect of the Dicastery for Laity, Family and Life in Rome — have been publicly frank about gun control.

Last October, Cupich, current head of the 2.3 million Catholics of the Archdiocese of Chicago, delivered a scathing call to action against guns that was published in The Chicago Tribune.

“The Second Amendment was passed in an era when organized police forces were few and citizen militias were useful in maintaining the peace,” wrote Cupich in part of his 600-word opinion piece. “Its original authors could not have anticipated a time when the weapons we have a right to bear now include military-grade assault weapons that have turned our streets into battlefields.”

[Ed. Note: The cardinals’ position on gun control is unfortunate, given the Bible’s clear position in favor of self-defense and in opposition to weapons control. See how GOA’s Larry Pratt develops these themes in “What Does the Bible Say About Gun Control?“]