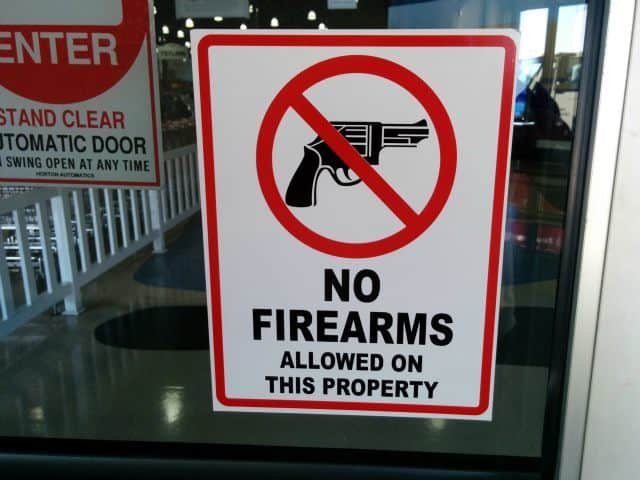 “Repealing gun-free zones and lifting the restrictions that keep good people from carrying guns for self-defense — that will make a huge difference.”

The Florida shooting this week was heartbreaking. As a father of 10 children, it hurts to see this kind of violence being perpetrated against our schoolchildren. But this week’s events are also infuriating because we refuse to learn the lessons of the past.

Killers continue targeting locations where guns are not allowed. Ninety-eight percent of public mass shootings in this country occur in gun-free zones — the Florida school being one of them.

No wonder that 81% of police officers support arming teachers and principals, so that the real first responders — the potential victims — can protect the children.

Anti-gun liberals tell us that these types of shootings don’t occur in other countries. But that’s a lie. The U.S. is not even in the top 10 when one compares international death rates resulting from mass shootings.

For example, France has far more gun control than we do. The French have greater restrictions on semi­automatic “assault weapons,” which are falsely labeled as such by newspapers like USA TODAY. Yet gun ownership restrictions in France did not stop terrorists from murdering 130 people at a concert in 2015.

Not only that, France had more mass shooting deaths and injuries in 2015 than during Barack Obama’s eight years as president.

From everything we know now, the Florida killer bought his guns legally. This shows, again, the failure of gun control. Anti-gun activists can’t produce one gun-control law that would have effectively stopped the killer.

So what would work? Repealing gun-free zones. The killer at Sutherland Springs church in Texas last November was stopped by a neighbor with an AR-15 style rifle.

The year before, police credited an armed firefighter with stopping a school shooting in South Carolina. How did he do it? He didn’t use a fire hose, but he was possessing a concealed handgun.

Repealing gun-free zones and lifting the restrictions that keep good people from carrying guns for self-defense — that will make a huge difference.

Erich Pratt is the executive director of Gun Owners of America, a grassroots lobby representing more than 1.5 million gun owners.

What A New Jersey Gun Ring Tells Us About Gun Control