Executive Director of Gun Owners of America (GOA) Erich Pratt stated the following after the tragic shooting in Parkland, Florida 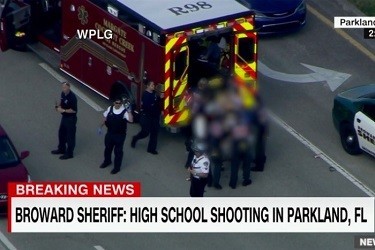 “This tragedy breaks everyone’s heart at Gun Owners of America, and we send our sincere thoughts and prayers to everyone effected. It is disturbing to see a coward attack students who are so treasured by friends and loved ones.

“However, it is disgusting to see media pundits and politicians calling for gun control as the knee-jerk reaction to this tragedy.

“The fact is this tragedy happened in a gun free zone, where sadly over 98 percent of the public mass shootings occur.

“Furthermore, anti-gun liberals tell us that these types of shootings don’t occur in other countries. But that’s a lie. The U.S. is not even in the top ten when one compares international death rates resulting from mass shootings.

“Some lawmakers may seek to implement more restrictions on the right to keep and bear arms, such a the misnamed ‘NICS Fix’ legislation. However, no form of gun control will help prevent these tragedies.

Erich Pratt, or another GOA spokesperson, is available for interviews. Gun Owners of America is a nonprofit lobbying organization dedicated to protecting the right to keep and bear arms without compromise. GOA represents over 1.5 million members and activists. For more information, visit GOA’s Newsroom.