Gun Control Goes Down in Flames

GOA Life Member, activist and attorney Joshua Barnhill has been keeping tabs on your elected officials in Baton Rouge, and he wanted to pass along this message to his fellow GOA members.

So please see below and take action on these pro-gun bills in the Pelican State:

Last week, liberty-loving Louisianans came together in force to voice their opposition to anti-gun legislation, including the Michael Bloomberg-backed House Bill 483.

As a result, this proposed Red Flag gun grab failed to make it out of committee, halting for the moment, the anti-gunners’ assault on your God given rights. 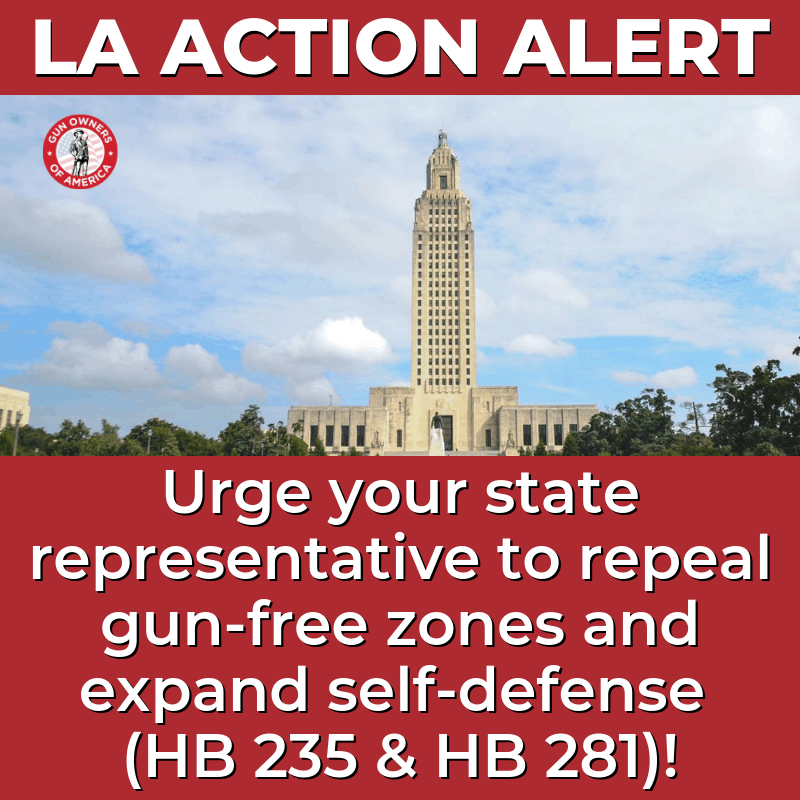 In addition to House Bill 483, there is House Bill 101, which would allow a person to strip himself of his own constitutional rights by placing his name on a gun “DO NOT SELL” list. This bill also failed to make it out of committee.

While these victories over the forces of oppression are significant, stopping anti-gun legislation is only half the battle. On Monday and Tuesday of next week, two pro-gun house bills are scheduled for debate on the floor of the Louisiana House of Representatives.

House Bill 235 would expand Louisiana’s self-defense protections to citizens exercising their right to self-defense in “a place of worship.”

House Bill 281 would remove the jurisdiction of political subdivisions to prohibit the possession of firearms in a wide variety of commercial establishments and public buildings.

The anti-gun Leftists never stop their assault on our freedoms, which means we cannot afford to be satisfied with temporarily halting their advance.  We must push back!

Please contact your Louisiana State Representative and urge them to support these bills and the Second Amendment.

Thanks in advance for taking action, and GOA thanks Joshua for his help in composing this alert.