Politicians should beware the power of grassroots gun owners.

Gun ownership is a stronger predictor of a person’s political activity than factors such as gender, age and education, according to a study that helps explain why mass shootings have done little to advance the cause of advocates calling for stiffer laws.

The intensity of gun owners has made them an outsized political force over the past four decades, according to the study, released this week from the University of Kansas…. 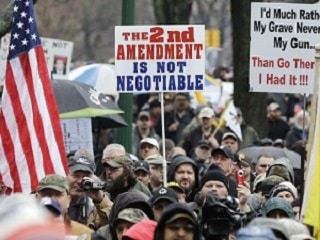 Gun owners have long been the envy of other political movements, and the research helps explain why.

In presidential elections from 1972 to 2012, Mr. Haider-Markel said, the rate of voting has risen among gun owners and ticked down among those who don’t own guns. He said the authors saw a similar pattern in 2016 as well….

Erich Pratt, executive director of Gun Owners of America, said the study confirms that his side trumps gun control activists in their level of intensity.

He pointed to laments from national Democrats that a ban on military-style “assault” weapons cost the party in the 1994 and 2000 elections and said the issue helped Donald Trump in 2016.

“Donald Trump’s strong support of the Second Amendment in 2016 could single-handedly explain his pickup of enough pro-gun Democrats to win Pennsylvania, Ohio and Michigan — and thus, the election,” he said.