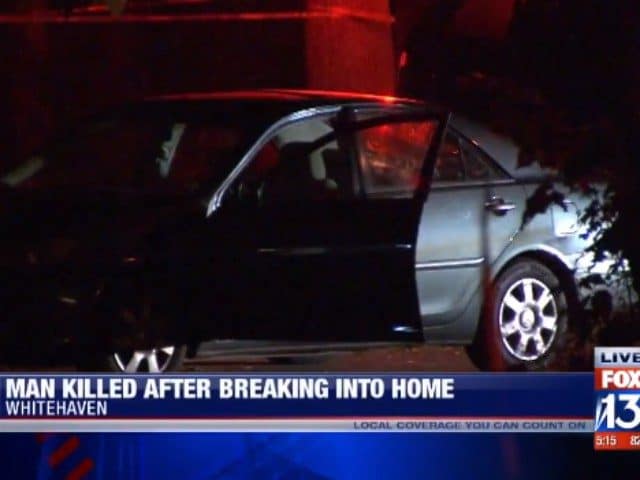 Police indicate that three armed home invaders in Memphis, Tennessee, were met by gunfire which left one of the suspects dead and caused the other two to flee.

Fox 13 reports that five people were in the home at the time of the attempted invasion, those five included a toddler.

One of the five adults in the house at the time said, “They rushed the house and they came after us.” He said the suspects demanded money then began shooting.

The man observed, “Once I started hearing multiple gunshots, I just thought everyone was dead.”

But another resident in the home returned fire, killing one of the suspects and causing the other two to flee the scene…