I can’t remember a time in my life when I truly questioned the results of an election.

I may not have liked the outcome of a race, but I never had reason to suspect manipulation and fraud. 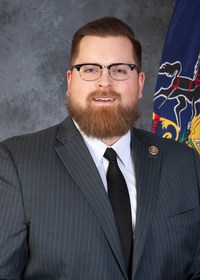 But the 2020 Presidential election changed all of that for me, along with nearly half of voters across the United States. And that’s a staggering statistic.

Unfortunately, Pennsylvania is a large part of the problem, all due to Act 77. Act 77 was the legislation passed in 2019 that authorized “no-excuse” mail-in voting.

Here are just a few of the problems identified with mail-in voting here in Pennsylvania:

But there is also another problem. If anti-gunners can manipulate the system to cast illegal ballots, then it will become extremely difficult to elect pro-gun candidates. And you know what that means for your gun rights!

The root cause of all of these problems is Act 77, which in itself may be unconstitutional.

The good news is that pro-gun Representative Mike Puskaric (R-39) has introduced the “Pennsylvania Election Integrity Restoration Act” (HB 25) to repeal Act 77 and end the scourge of “no-excuse” mail-in voting.

HB 25 repeals Act 77 in its entirety and resets our election law to the way it was with in-person and absentee voting only.

Representative Puskaric had this to say about his bill:

During this past Presidential Election, we witnessed mass confusion and mail-in ballot irregularities and I know that my district office was not alone in getting unprecedented amounts of phone calls from concerned constituents about election fraud through this mail-in ballot system.

But HB 25 faces an uphill battle, so Representative Puskaric needs your help getting co-sponsors and generating grassroots support to get this bill passed.

So please urge your state representative to co-sponsor, support, and pass HB 25 by using the form above. Let’s restore election integrity for all voters in Pennsylvania.

Urge Sen. Murkowski to Protect the Rights of Alaskans