Urge Sen. Murkowski to Protect the Rights of Alaskans

There’s no way to sugarcoat it. 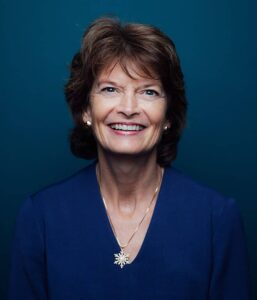 With both ultra-Leftist Senators winning their races in Georgia, we are in for a very rough two-to-four years.

And the very survival of America as we know it is at stake, especially if Democrats succeed in eliminating the Senate filibuster — a procedure which effectively requires legislators to first garner 60 votes (out of 100) before they can move legislation.

You must understand: The reason that we have been so successful in defeating gun control over the past decade is because of the Senate filibuster! But now, Democrats are threatening to nix it.

The Left also wants to grant statehood to D.C. and Puerto Rico, so they can elect four additional anti-gun Senators.

According to Slate, Alaska Senator Lisa Murkowski is suggesting that she might transfer her party identification to the Democrat Party.

And this raises a whole bunch of alarms. Will she now support the Democrat anti-gun agenda? Will she vote to nix the Senate filibuster and pack the U.S. Supreme Court?

If she does this, it would have DISASTROUS consequences for Alaska’s gun owners.

In 2013, when Murkowski was a Republican — and Republicans were in the minority — Murkowski stated that the filibuster was an important tool to protect the rights of the minority and preserve the Senate’s historical function.

But if she switches parties, would she switch positions on the filibuster?

We hope not. Because this would suggest Murkowski was nothing but an unprincipled opportunist — and it would allow Joe Biden to impose all kinds of gun bans.

We are hoping that Murkowski will keep her commitment to Alaska.

But that’s why I need you to contact Senator Murkowski today using the form above! Tell her to oppose any effort to tamper with the legislative filibuster.