Come Out to Protest Gun Control! 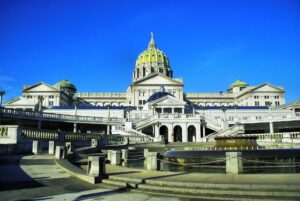 and universal background checks (UBCs). The hearing will be held in the Harrisburg State Capitol  North Office Building, Hearing Room 1, from 1:00 PM to 4:00 PM.

I will be testifying on behalf of GOA members across the Commonwealth to stop the Bloomberg-funded anti-gun agenda. But we need to have a strong showing from our members and supporters on the 25th.

So, I am personally asking you to make every effort to come to Harrisburg on September 25th at 1 PM. Bring your friends. The opposition will be out in force.

As you may recall, Pennsylvania Senate Judiciary Committee chairperson, Senator Lisa Baker (R-20), is going back on her previous promise to gun owners by holding gun control hearings in the wake of the El Paso and Dayton atrocities.

In an August 6, 2019 public statement, Senator Baker called these hearings a “prelude to action” and that they will examine “what can be constitutionally accomplished in respect to weapons and ammunition.” That sure sounds like gun control to me!

On May 6, 2019, Senator Baker promised me, elected officials and other grassroots activists assembled that she had “no plans” to take up gun control legislation.

So, please come to Harrisburg on Wednesday, September 25th and stand up for your gun rights.