Has the Texas Governor Caved to Pressure?

Governor Abbott has issued 8 executive orders in response to the recent attacks in El Paso and Odessa.

We are very concerned to see that Governor Abbott is still failing to acknowledge the role of armed civilians in stopping attacks and keeping themselves safe. 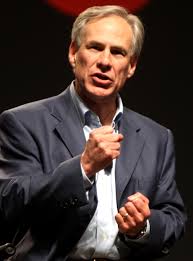 According to data collected in a study ordered by the Center for Disease Control (CDC) under President Obama, guns are used far more often to protect innocent life than to harm it.

Unfortunately, Governor Abbott’s executive orders could actually stigmatize and target people like you and me who carry a gun because we just want to come home safely at night.

Earlier this spring, we warned the legislature of the dangers of the far-reaching “mental health” bills. The legislature pushed them through anyway, despite tremendous outcry from a wide range of conservatives who were alarmed at the infringements on many of our rights.

These bills provided the framework for “threat assessment teams,” which are pushed forward in one of the executive orders. DPS is ordered to work with mental health professionals and school districts to establish these teams.

We are very concerned that gun owners will be painted as a threat — whether it’s students who talk openly about going to the range with their families or mental health professionals who ask questions about whose parents own guns.

Another of Governor Abbott’s orders will encourage Texans to turn each other in for “suspicious activity.” And another order adds more government staff to monitor social media accounts and other online activities for potential threats.

These orders open the door to gun owners being targeted by those who simply don’t like guns. They also can serve to turn the public against civilian carry.

When Texas leadership stigmatizes gun carry, Texans may be less likely to carry a gun and thus less likely to have a fighting chance at saving their own lives in a worst-case scenario.

Even worse, when gun ownership is stigmatized, all of our liberties are threatened.

Gun owners help secure liberties by providing a defense against a tyrannical government — simply by exercising our right to keep and bear arms, without needing to fire a shot. But if fewer people own guns, and if public perception is antagonistic toward gun owners, we will lose that “check” on government powers. The government can infringe on more of your rights without worrying about people standing up against it.

Please contact Governor Abbott today (above) and let him know you are concerned that some of his executive orders will stigmatize and target lawful gun ownership and use.

Thank you for standing with us in the fight to keep Texas safe, strong, and free.