The American Electorate Does NOT Support Gun Control

The following letter was sent to members of Congress on September 6, 2019.

The American Electorate Does NOT Support Gun Control

Pollsters want you to think that Americans want gun control.

Of course, you know the polls that I’m talking about — the same polls that said Hillary Clinton would win the presidency in 2016. 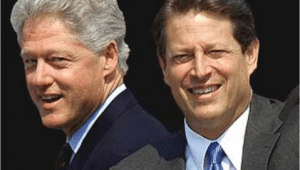 And they are wrong — consistently wrong — on Americans’ supposed support for Second Amendment restrictions.

In fact, the polls have been wrong on gun control for a long, long time.

After two high-profile shootings in 1993, President Bill Clinton thought that the mood in this country in regard to gun rights had changed. “Americans want gun control,” he surmised. The polls show it to be true.

Oh, what a mistake that was.

After the 1994 elections, Clinton bemoaned the fact that gun control cost him the Democrat majority in the Congress — several times.  I pointed this out when I appeared on the Laura Ingraham show on Fox News.

I also mentioned the 2000 presidential race between George W. Bush and Al Gore. Several media outlets and high-ranking Gore campaign officials all agreed that candidate Gore’s support for gun control was the number one issue that threw the election to Bush. The Baltimore Sun was one outlet which regretfully reported:

Had Al Gore carried Bill Clinton’s home state [Arkansas], his own home state [Tennessee] or what arguably has been the most reliable Democratic state in the country [West Virginia], he’d had been president. But Mr. Gore lost all three. Professionals in both parties think his position on gun control was the reason why.

Finally, consider the recent presidential election. Donald Trump won the states of Pennsylvania, Michigan, and Wisconsin in 2016 by fewer than 80,000 votes. Which makes one wonder: Will pro-gun Democrats in rural areas return to their usual voting habits — voting for Democrats — if there’s little difference between candidates on gun control?

Again, it only takes a small percentage of the base to stay home. Or to say, “I’m voting for a Third Party.” Either decision will have disastrous consequences for Republicans who support gun control.