Anti-gunners in the U.S. House — in an effort to exploit the Isla Vista tragedy for political gain — approved an anti-gun amendment sponsored by Representatives Mike Thompson (D-CA) and Peter King (R-NY) on May 29, 2014.  Below is a letter that GOA sent to Capitol Hill prior to the vote. Gun owners can see how their Representative voted by clicking here — where “no” is the pro-gun vote.

In an effort to exploit the Isla Vista tragedy for political gain, Representatives Mike Thompson (D-CA) and Peter King (R-NY) are trying to take away more of Americans’ constitutional rights.

The Thompson-King amendment to the Commerce-Justice-Science Appropriations Bill is anti-gun.  There is no doubt about it, as NewsDay.com reports that no fewer than FOUR anti-gun groups have endorsed the anti-gun amendment. 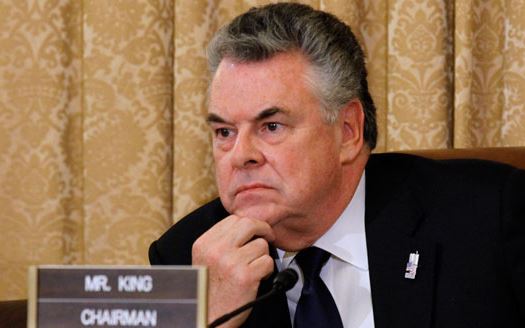 As a result, Gun Owners of America urges you, in the strongest terms, to vote against the Thompson-King amendment — which will be rated as an anti-gun measure.

Make no mistake about it:  California has THE MOST ANTI-GUN LAWS in the country.  So says the Brady Campaign — and yet those draconian gun laws were unable to stop Elliot Rodger from passing a California background check.

And this, in a state which goes to great lengths to turn every possible name into the NICS gun-ban system!

In fact, every major American mass shooting in the past decade has been committed by a person who either passed a background check or stole his guns.

Remember Adam Lanza?  When he was turned away at a gun store, he murdered his first victim and then stole the weapons he later used at Sandy Hook.

Enhanced background checks would not have stopped a single one of these horrific mass shootings.  Not one.

And yet Representatives Thompson and King choose to ignore the very advice that our first responders have given us.  Consider what America’s police officers told us last year:

* 80 percent say that legally-armed citizens would have likely reduced the number of casualties in recent mass shootings.  It’s not surprising that Elliot Rodger specifically chose to avoid locations where guns would be present.

* And by a two-to-one margin, cops favor concealed carry for civilians over mental health background checks for gun buyers, as the best method for preventing large scale public shootings.

So GOA encourages you to stand with America’s cops in support of freedom, and to oppose the Thompson-King amendment, which will take away more rights from the law-abiding.

In states like Peter King’s New York, Americans are being stripped of their gun rights — without any due process whatsoever — based on nothing more a psychiatrist’s diagnosis and a prescription to a therapeutic drug.  This can only serve as a deterrent to efforts to get mentally-disturbed New Yorkers to seek counseling.

Of the 175,000 military veterans who have lost their constitutional rights because they sought counseling, we know of no one who received a court hearing or fundamental due process before losing his rights.

And, while the Thompson-King amendment will not stop a single incidence of violence, it will serve as a powerful political tool to build up the pro-Obama juggernaut which is aimed at restoring Nancy Pelosi as Speaker, either in 2014 or 2016.

So don’t support Thompson and King’s vile political stunt, which is irrelevant to Isla Vista — where, to reiterate, Rodger passed a background check in a state which falls over itself to report every possible Californian to the NICS system.

Gun control didn’t work in California.  And it won’t work in your state.

Please vote against the Thompson-King amendment, which again, will be rated by Gun Owners of America in this year’s end-of-year rating.

Bloomberg Sycophants Spring an Ambush in the U.S. House