Bloomberg Sycophants Spring an Ambush in the U.S. House

GUN CONTROL VOTE IN HOUSE:  Disciples of anti-gun billionaire Michael Bloomberg staged an ambush in the House of Representatives on Thursday.  And 76 Republicans fell right into the trap. 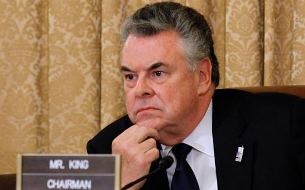 The vote was on a Mike Thompson (D-CA) and Peter King (R-NY) amendment to the Commerce-Justice-Science funding bill.  Both Representatives hold an “F” rating with Gun Owners of America.

Their amendment would add an additional $19.5 million to pay states to turn in more names to the federal gun-ban (NICS) list.

UPDATE: VA Secretary Eric Shinseki resigned Friday morning. GOA thanks those of you who contacted your legislators over the past couple of weeks in response to our earlier email alert. In the end, over 20 Representatives and Senators called for the ouster of Shinseki — who, in addition to the recent scandals, has overseen an agency that has disarmed more than 175,000 military veterans.