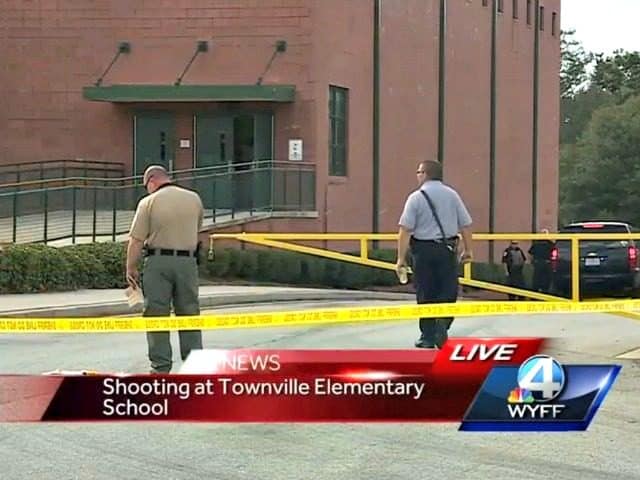 More details on the September 28 Townville Elementary Shooting have emerged, and they show that a good guy with a gun stopped the shooter in his tracks after two students and one teacher had been wounded.

The good guy was volunteer firefighter Jamie Brock, who was at a “nearby farm” when he heard reports of the shooting. Armed, he raced to the school and “confronted Jesse Osborne,” the 14-year-old accused of killing his father then going to the school and shooting two 6-year-old boys and a teacher. One of the boys–Jacob Hall–died from his wounds on Saturday.

WYFF reports that Brock reached “the elementary school moments before other officers could respond to a 911 call.” Fire Chief Billy McAdams accompanied Brock and told reporters that Brock “took the shooter down.” But McAdams did not mention that Brock had a gun. It has since been confirmed that he did.

Matthew allows Floridians to practice concealed carry, permit or not