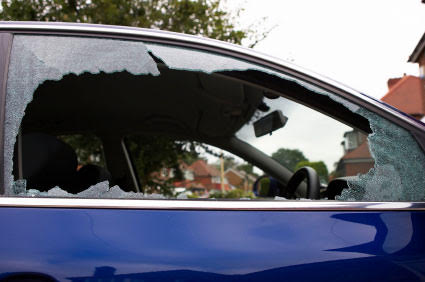 “GOA’s legal team has submitted an amicus brief in this Supreme Court case, Manuel v. Joliet, on the basis that protecting the Fourth Amendment rights of law-abiding Americans will ultimately protect the rights of gun owners to be free from “unreasonable searches and seizures.”

With charges of police misconduct increasingly in the spotlight, it is important that individuals who may be aggrieved by such misconduct have lawful avenues to hold police accountable.

On the third day of its October Term (October 5, 2016), the U.S. Supreme Court will hear oral argument to decide whether an Illinois man, wrongfully arrested and charged with a crime, can be blocked from suing a city for its violation of his Fourth Amendment rights.

In March 2011, Elijah Manuel was riding in a car with his brother when the police pulled them over – allegedly for failure to signal a turn.  Using racial epithets as they dragged the brothers from the car, the officers took Manuel to the ground, beat and kicked him, and then ripped apart the car, searching for anything illegal but nothing in particular.  There is evidence that the police had previously targeted Manuel and his brother for harassment.

The police did manage to find a bottle of vitamins in Manuel’s pocket, which a field test demonstrated were not illegal drugs.  The police covered up the results of that test and falsely claimed that the pills were ecstasy.  After Manuel was arrested and jailed for possession of drugs, a state police lab once again confirmed that the pills were not ecstasy.  The police, however, did not provide this report to the prosecutor, who brought the case before a Grand Jury and, based on the false testimony of the officers, obtained an indictment against Manuel.

The charges against Manual were finally dropped by the prosecutor after he uncovered the police lab report and realized that the charges were utterly baseless – but by then, Manuel had been in jail for 48 days.  In addition to the emotional distress of having been wrongly incarcerated for such a lengthy period, Manuel alleged that the City of Joliet and its police officers harmed his reputation, inflicted out-of-pocket financial losses, forced him to drop out of school, and deprived him of employment opportunities.

In bringing suit, Manuel invoked the Fourth Amendment as a basis for his malicious prosecution claim.  The Fourth Amendment guarantee against unreasonable searches and seizures is predicated on the right of the people to be secure in their “persons, houses, papers, and effects.”

In its defense, the City of Joliet claimed that Fourth Amendment protections end once a defendant is indicted and arraigned.  It claimed that the Fourth Amendment “is concerned with searches and seizures, not prosecutions.”  Instead, the city insisted – and the U.S. Court of Appeals for the Seventh Circuit agreed – that Manuel’s only avenue of relief for malicious prosecution should be through a lawsuit based on the Due Process Clause.

This means that Manuel’s recovery would be limited to compensating him for being jailed during the few days before the Grand Jury indictment was handed down.  The city argued that the rest of Manuel’s incarceration – the time when he lost his job and dropped out of school – is not its concern.

When viewed against its common law backdrop, the Fourth Amendment’s protections apply throughout any period of wrongful pretrial detention – up until the point at which all criminal charges are dropped.  Therefore, during the entire time that Manuel was jailed, the Fourth Amendment would continue to prohibit the illegal actions of the arresting authorities.

For several decades, Fourth Amendment rights have been defined in terms of a “reasonable expectation of privacy.”  Our firm filed a friend of the court brief arguing that the foremost interest protected by that amendment is one’s property rights – not privacy rights.  Indeed, just last year, the Supreme Court affirmed the property basis of the Fourth Amendment in a per curium opinion in Grady v. North Carolina.  Previously, the High Court had protected a person’s vehicle from trespass by officers placing a GPS tracker on his car (United States v. Jones) and from trespass around a person’s home with a drug-sniffing dog (Florida v. Jardines).  With Grady, the Supreme Court applied Fourth Amendment property protection against trespass to a person’s body, a precedent that supports Manuel’s case.  Historically, the foremost property right that the Fourth Amendment protects is the property interest in one’s own person.

Ordinarily, the exclusionary rule is designed to provide some protection to criminal defendants when the government violates their Fourth Amendment rights, but this rule was of no use to Manuel, since all charges against him were dropped before trial.  Moreover, the Supreme Court has severely cut back the availability of the exclusionary rule as a remedy for Fourth Amendment violations, indicating since the 1980s a strong preference for tortious suits (such as section 1983 lawsuits) as the primary means of enforcement.  And that, we argued, was precisely the type of suit Manuel had brought in this case, meaning the Court should be eager to permit it.

The Seventh Circuit upheld the dismissal of Manuel’s case on the theory that malicious prosecution actions for violation of the Fourth Amendment might cause “confusion” with a due process claim – since both claims could be premised upon the same set of facts.  Overlooked by the Seventh Circuit is the fact that the two constitutional guarantees address two distinctly different but overlapping legal interests.

In this case, Manuel suffered violations of both his Fourth Amendment and Due Process rights, and he should be allowed to pursue either or both avenues of relief.