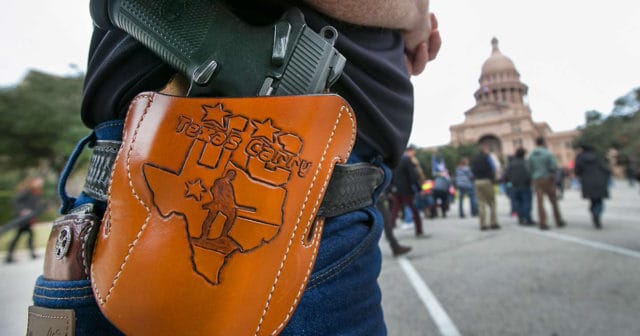 You probably have heard by now about Texas’ new pro-gun law that went into effect as of August 1.  The law allows students 21 or older who have a concealed weapons carry permit to legally bring their firearms into most buildings on campus. And as expected the liberals are having a massive temper tantrum over the recent law change.

In typical liberal fashion three University of Texas professors felt it was their mission in life to stop the “crazy new gun law,” even though all professors were told: Ban students from carrying guns in class and there will be consequences.

The UT professors in question, Mia Carter, Jennifer Glass and Lisa Moore, sued to overturn the state’s new law this past July, which they referred to as “dangerously-experimental gun policies.”