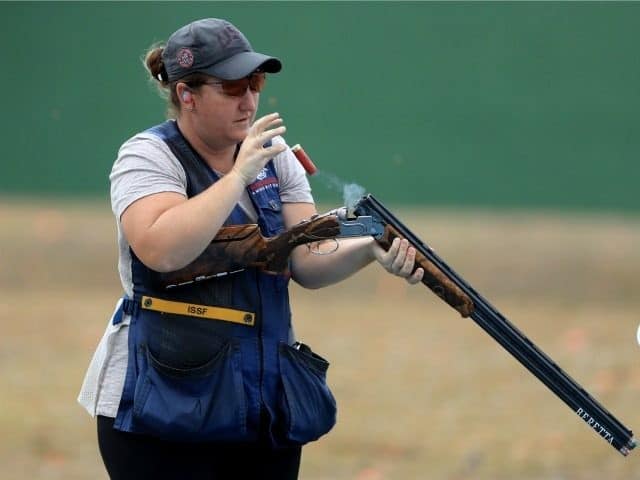 U.S. Olympic trap and skeet shooter Kim Rhode stresses that the Second Amendment gives Americans the ability to protect the exercise of our First Amendment rights.

Rhode has won a medal in five consecutive Olympic games, and is aiming for more.

According to TIME, Rhode defended the Second Amendment, saying: ‘We should have the right to keep and bear arms, to protect ourselves and our family.”

Then she got more specific — talking about how the Second Amendment is in the Bill of Rights to guarantee the exercise of freedoms. Rhode said, “The second amendment was put in there not just so we can go shoot skeet or go shoot trap. It was put in so we could defend our first amendment, the freedom of speech.”

School To People Who Look To Do Harm: We’re Armed