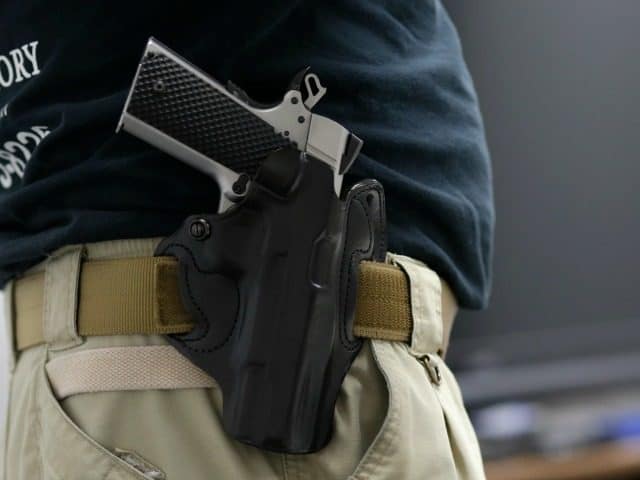 National reciprocity for concealed carry is really about one thing: bearing the arms we keep.

Jefferson wrote, “We hold these truths to be self-evident, that all men are created equal, that they are endowed by their Creator with certain unalienable Rights, that among these are Life, Liberty and the pursuit of Happiness.”

The gist of his declaration was to remind King George III that colonists had certain rights that were theirs by birth and could not be taken or even diminished by government. This was not to say government did not wrongly shackle the exercise of such rights. In fact, it was such shackling that led the colonists to break free and declare their independence from tyranny….

It appears silly to think God-given rights to free speech and/or privacy are limited to a physical location. Yet this is what the left says about the rights protected by the Second Amendment; they claim that states–acting like various fiefdoms–can morally and legitimately shackle the exercise of God-given rights for visitors passing through their states. In so doing, leftists conduct themselves as if the right to bear arms is only protected from infringement in one’s hometown or home state. Once a gun owner begins to travel, he begins to lose rights.

When James Madison fashioned the Second Amendment as part of the Bill of Rights, which would be added to the Constitution, is it plausible that he thought, “This right is different from all other God-given rights insomuch as it is only valid when the citizen exercising it is at home”?

Rather, Montpelier reports that Madison handed the draft for what would become the Second Amendment to a congressional committee, and the wording, as ratified, said, “A well regulated militia, being necessary to the security of a free state, the right of the people to keep and bear arms, shall not be infringed.”

Our right is not simply to keep arms but also to bear the arms we keep. This lies at the heart of national reciprocity.

The Anti-Gun Left Strikes out in Montana