We have an emergency on our hands.

While preparing to fight back against the ATF’s unconstitutional regulation of pistol braces, we learned some disturbing news…

Senator John Cornyn — a Republican who should be pro-2A — is quietly making a deal with the rabid anti-gunner, Chris Murphy, to pass universal background checks. 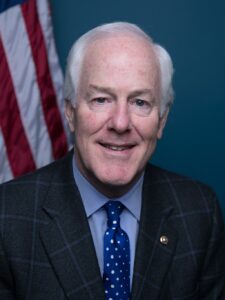 We need EVERY gun owner in America to take action right now to prevent what would be Armageddon for the Second Amendment.

If John Cornyn, who represents the state of TEXAS, is already considering stabbing gun owners in the back, then you know that we’re truly in a DIRE situation.

But we cannot give up. Our God-given rights hang in the balance.

You see, there is one thing that always gets Senators moving: FURY from grassroots voters like YOU.

A recent survey conducted by Gun Owners of America found that a WHOPPING 92% of gun owners would NEVER vote for a Senator who votes for universal background checks.

Senators like John Cornyn naively believe that they can throw their voters under the bus just to win three seconds of praise from the liberal media that hates their guts.

That’s why I need your help telling Cornyn and EVERY Senator the simple truth: if they betray their constituents, we will never support them.

So please, add your name to our pre-written letter urging your two Senators to VOTE NO on universal background checks.