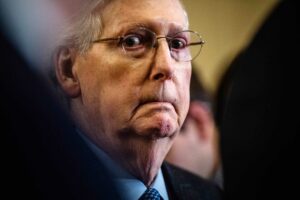 There are some persons in history that when you hear their names spoken, one word comes to mind — betrayal.

This week, there are some additional names to add that list. Some names are no surprise, but others might come as a shock.

The betrayals occurred in both chambers on Capitol Hill. Speaker Nancy Pelosi (D-CA) rammed gun control legislation through the House, and a rabidly anti-gun Attorney General was confirmed in the Senate.

There are at least 28 politicians who betrayed you, and they are the ones who should expect to see primary challengers in their next election.

More to the point, these betrayers are the ones who should especially hear from their constituents IMMEDIATELY.

Just like with children, you need to keep the discipline as close to the infraction as possible. So we’ll begin with the Senate.

When you use GOA’s pre-written letters, the system will automatically send “thank you” letters to those Senators who supported the Second Amendment.

And it will send “spank you” letters to those Senators who stabbed you in the back by voting for a virulently anti-gun Attorney General.

We have detailed much of Merrick Garland’s anti-gun views in past alerts. When you take action, his record will be repeated so that Senators who voted wrong will understand their mistake in confirming him for Attorney General.

You can see how your Senators voted by going here.

In short, no Democrats voted right — even the so-called moderates who pretend to be pro-gun at election time (such as Joe Manchin of West Virginia or Jon Tester of Montana).

Most of the Republicans stood up for your rights by voting against Garland.

But, there were 20 GOP Senators who betrayed gun owners. And everyone should know who they are: 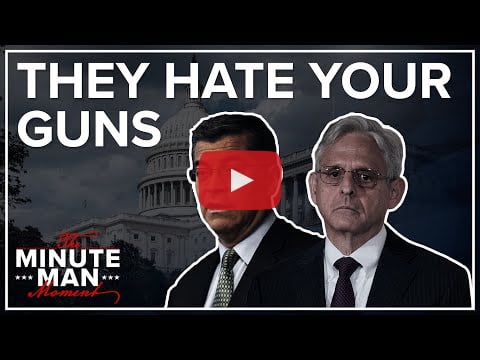 Again, please take action right now to thank the legislators who voted against Garland and to “spank” those Senators who betrayed gun owners.

In the House, there were eight Republicans who voted against your Second Amendment rights. They are:

There were three significant gun control battles in Pelosi’s House. You can click on the links below to see how your Representative voted.

Democrat amendment that used “window dressing” techniques to appease gun owners –- by implementing things like 4473 forms in English and Spanish. The GOA position was NAY.

Please take note of how your Representative voted in these key battles.

All the votes were very close. A handful of Republicans broke ranks and voted with the anti-gun Left.

And even fewer Democrats crossed over to vote pro-2A — which means that many Democrats who campaign as pro-gun are nowhere to be found when their votes are needed to help kill pro-gun legislation.

Thank you for taking action. If our elected officials get enough feedback, it will help to reinforce better behavior in the future.

But if they stab us in the back and, yet, hear nothing from the grassroots … well … we can’t let that happen. So please take action today!

GOA “Spanks” Representatives on Their Votes for Gun Control