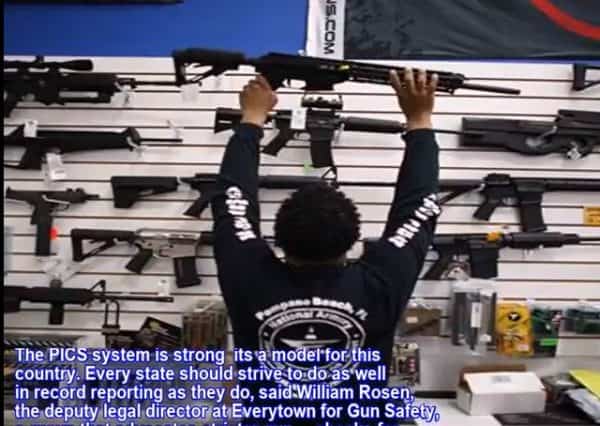 “As federal lawmakers seek to improve record reporting to the federal background check system after a Texas massacre highlighted the risks of missing records, Pennsylvania offers a potential roadmap,” NBC News “reports” in a scarcely-disguised advocacy piece. “The state has spent the last six years aggressively overhauling records reporting, hunting down reporting gaps like the one that let [Donald Meyer Jr.] buy a gun and modernizing the technology they use to keep guns out of the wrong hands.”

But Meyer’s not the one who killed his 12-year-old daughter. A law enforcement officer did, his bullet going through Meyer’s arm and killing the girl. Without second-guessing Constable Clark Steele’s decision to fire his weapon at an alleged armed threat resisting an eviction notice, Jeff Cooper’s basic rule to “Always be sure of your target” (including what is behind it) seems not to have influenced that outcome.

What would have, at least according to the gun-grabbers, would be requiring even more names to be reported into a “prohibited persons” database. Everywhere. In Everytown. Case in point:

“The PICS system is strong — it’s a model for this country. Every state should strive to do as well in record reporting as they do,” said William Rosen, the deputy legal director at Everytown for Gun Safety, a group that advocates stricter gun control.

So much for the “home rule” argument the gun-grabbers drag out every time something with the potential to reduce infringements is proposed.