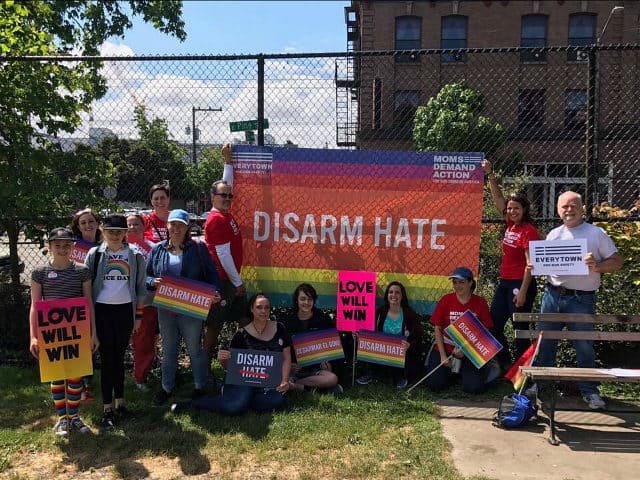 For the one-year anniversary of the heinous attack on Orlando Pulse nightclub, Moms Demand Action is pushing a #DisarmHate campaign. In so doing, they fail to note that everyone in Pulse was disarmed; it was a gun-free zone.

It was actually an illustration of the failure of gun bans, rather than justification for implementing them.

And what do all of these horrific events have in common? The common thread in all is that they occurred in gun-free zones. But as it turns out, gun-free zones do not #DisarmHate. Instead, they actually give vent to it.

Gun-free zones give hate a place it can be unleashed because the attacker does not have to worry about facing an armed response.

Regardless of these facts, Moms Demand Action has spent the day tweeting and retweeting people who have used the hashtag #DisarmHate or who are attending #DisarmHate marches and rallies. Their tweet of 13 attendees at a Washington state rally exemplifies what they are tweeting: