This year’s Republican primary is essential to your gun rights and Constitutional Carry in Texas.

Frankly, Texas is lagging behind the fourteen other states who already have permitless carry. It’s time for that to change.

GOA has lobbied hard for Constitutional Carry in the Lone Star state, and this election is critical to getting the necessary votes. 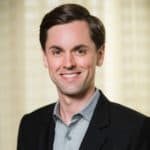 Fortunately, Mayes is bucking the establishment politicians who won’t take action for your gun rights. He is a stalwart Second Amendment advocate who will boldly stand for gun rights and not be content with the status quo.

Mayes not only supports your gun rights 100%, but he is also a leader who understands that the cause of liberty must be advanced by actively engaging in the battle for freedom.

Mayes will lead that fight in the Texas House.

Let’s work together and elect a pro-gun champion who will work for Texans on the floor of the Texas Capitol.

And you can help Mayes in three ways:

1. Volunteer on his campaign. This can be as easy as putting up a yard sign or knocking on doors to get out the message.

2. Donate to Mayes. Money is the lifeblood of campaigns. And since he is running against an incumbent, funds are needed that much more.

Time is short.  Mayes needs your support to advance gun rights in the great state of Texas.

I look forward to your support.

P.S.  The anti-gun Left has put Texas in its sights.  It wants nothing more than to turn this state into a Democrat stronghold so that conservatives are in a permanent minority.

Your vote for Mayes will help ensure that our gun rights are protected.

Vote for Mayes Middleton for State House District 23, and make sure all your friends and family do the same.