Constitutional Carry bill HB37 is scheduled to be heard Tuesday morning, May 24th, in Senate Committee on Judiciary C. 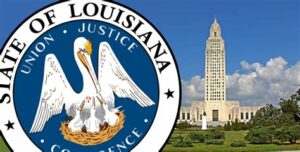 Because of your actions, and those of gun owners throughout the state, Constitutional Carry was overwhelmingly passed out of the House to the Senate, and continues its march to Governor Edward’s desk.

Senate Committee Judiciary C is chaired by Sen. Franklin Foil. Sen. Foil is one of five State Senators who changed their votes on Constitutional Carry during the veto session last year, allowing Governor Edwards’ veto to stand. GOA has not forgotten this stab in the back by Sen. Foil and others, and I am sure you have not either.

That is why we need to send a strong message to Sen. Foil, and the committee members, that it is unacceptable for our representatives to put politics and self-interest ahead of our rights. And that we expect ALL members of the Judiciary C Committee to support and defend our right to keep and bear arms.

As such, I ask that you please take action and contact the committee as soon as possible.

Below is an email template you can use to contact the committee. All emails regarding bills being heard on Tuesday must be submitted no later than 12:00 PM, Monday, May 24th!

As a citizen of Louisiana and a supporter of Gun Owners of America, I urge you to SUPPORT Constitutional Carry bill HB37 and I ask that it be passed favorably out of this committee.

The right to keep and bear arms is a God-given, fundamental right enumerated in both the United States Constitution and the Louisiana Constitution. Thus, it is unacceptable that law-abiding citizens, such as myself, are forced to ask permission of the government to exercise our right to defend ourselves, families, and communities.

That is why I, and a considerable majority of the people in Louisiana, support Constitutional Carry! This support was recognized and confirmed last year when over the course of the regular session Constitutional Carry overwhelmingly passed both chambers of the legislature, including this committee.

Unfortunately, Governor Edwards ignored the will of the people, and their duly elected representatives, by vetoing the bill, and then, along with a handful of legislators who were willing to put politics and self-interest above the rights of their constituents, made sure that his veto would not be overridden.

Now, Constitutional Carry is again before this committee in HB37 and carries with it the same overwhelming support as last session!

So I ask that you please support and defend my rights, and the rights of all Louisianans, by placing them above politics and PASSING Constitutional Carry bill HB37 favorably out of this committee.

Gun Owners of America will monitor this bill and keep me informed.

Once you have emailed, please follow up with a call (225-342-2721) and let the committee know that you support Constitutional Carry bill HB37 and ask that they do so as well.