Khary Penebaker, a Milwaukee-based volunteer spokesman with the gun control advocacy groups Moms Demand Action and Everytown for Gun Safety, said that if Kyle Rittenhouse “hadn’t have been there with that gun, the two people who he shot would still be alive today.”

“That is, to me, the crux of the argument. You put yourself into this situation. You wanted this to happen,” Penebaker said of Rittenhouse, who is charged with the killing of two people and wounding of a third on Aug. 25 during violent protests in Kenosha. 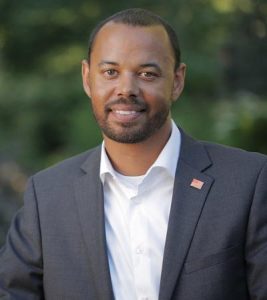 Penebaker, who unsuccessfully ran for U.S. Congress as a Democrat in 2016, said he isn’t thinking much about what will happen in the courts with Rittenhouse.

Penebaker’s concerns are focused on gun laws in Wisconsin and across the U.S., which he believes make it too easy for people to get their hands on firearms and carry them openly in public.

“Whatever is going to happen in a court case is what’s going to happen,” Penebaker said. “I think this is part of a much broader conversation about gun policy in America, especially here in Wisconsin.

“We want to keep police officers just as safe as we want to keep our communities, and the best way to do that is to have commonsense gun policy that is going to make sure we keep guns out of the hands of those who should not have them.”…

Still, gun-rights advocates say that Rittenhouse acted exactly as he should of in that situation.

Alan Rice, a spokesperson and firearms instructor with Gun Owners of America, a nonprofit Second Amendment-rights lobbying organization that says it has more than 2 million members, has taken issue with the narrative that no one would have died on Aug. 25 if Rittenhouse would not have been there.

“We don’t know what would have happened if Kyle wasn’t there … we can’t speculate,” Rice said. “He used a firearm in the way a firearm is supposed to be used … he wasn’t reckless. He wasn’t firing into a crowd.”

A statement from GOA issued two days after the shootings said “if Leftists want to question why Kyle Rittenhouse was in Kenosha, then they should begin by asking that question to the ‘protesters’ who have criminal records and who have come from out of town to terrorize business owners.”

Read more at The Journal Times