John R. Lott, Jr. and Andrew Pollack: Dems and gun control — they want it whether it works or not

The two Democratic presidential debates last week in Miami were marked by calls to remember Florida’s Parkland High School shooting, which occurred only 50 miles away from where the debate took place. The Democrats agreed on two solutions to stop these attacks: impose background checks on private transfers of guns, and ban “military-style” “weapons of war.”

Even when the questions weren’t about gun control, candidates still found ways to bring up the topic.

Many Democrats have a hard time believing that their opponents want to save lives. Sen. Kirsten Gillibrand, D-N.Y., claimed during the debate, “It’s the greed of the NRA and the gun manufacturers that make any progress impossible.” Congressman Eric Swalwell, D-Calif., argued, “The NRA is taking orders from the gun manufacturers, that’s the problem.”… 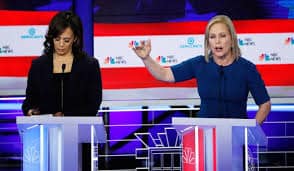 One of the authors here, Andrew Pollack, experienced first-hand the disastrous consequences of gun-free zones. His daughter died in the Parkland massacre.

While all the candidates endorsed full health care coverage for illegal immigrants, none talked about providing funds to help cover mental illness for Americans. Gun control was their only solution.

Despite focusing on Parkland, none of the candidates addressed the issue of school safety, aside from pushing gun control. No one mentioned the unsafe environment created by leniency, given by both liberal educators and the police, to troubled youth.  While all the candidates endorsed full health care coverage for illegal immigrants, none talked about providing funds to help cover mental illness for Americans. Gun control was their only solution.

It would have been great if one of the debate moderators had asked a tough question on guns. For example, could background checks on private gun transfers have stopped Parkland or any other mass public shooting? The answer, unfortunately, is that such a law wouldn’t have prevented a single attack in this century.

As to assault weapon bans, banning “military-style” guns won’t come close to stopping these attacks. Apparently, all of the Democrats in Thursday’s debate want to buy back and destroy every gun that they consider to be an assault weapon.

Killers fired handguns in 80 percent of the mass public shootings since 1998. In 54 percent of attacks, handguns were the only weapons used. By contrast, semi-automatic rifles were used exclusively in just 13 percent of cases. And given the various definitions of what constitutes an assault weapon, not all of these rifles would qualify…