Gun owners are beginning to face heavier restrictions throughout northern Virginia as localities are passing ordinances to prohibit the carrying of weapons on some public property. 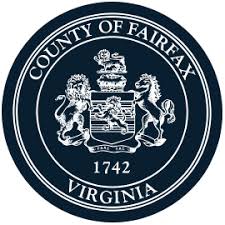 Local governing boards in Arlington County, Fairfax County, the city of Alexandria and the city of Falls Church have passed ordinances that prohibit people from carrying weapons in publicly owned buildings, publicly owned parks and at certain events that require a permit. Loudoun County is considering a similar ordinance.

“Ending gun violence is not a simple problem with simple solutions,” Fairfax County Board of Supervisors Chairperson Jeffrey McKay said in a statement. “We must attack this issue from many angles, including widely supported restrictions. Our Board’s decision to ban guns from government property takes us one more step in the right direction.”…

The ordinances have received fierce opposition from gun rights groups that believe residents will be less safe when they go into effect.

“When good people are prevented from defending themselves, it allows evil people to carry out their evil deeds,” Erich Pratt, the senior vice president of Gun Owners of America, told The Center Square.

“Consider the tragic story of Kate Nixon, who worked for the city of Virginia Beach and was prohibited from carrying a firearm,” he said. “She had considered taking a gun to work because she was worried that a disgruntled employee might try to harm her fellow workers. But not wanting to break the law and lose her job, Kate left her gun at home. Sadly, she became a victim of a mass shooting.”

Along with putting people in greater danger, Pratt said when gun laws throughout the commonwealth are not uniform, it creates headaches for concealed carriers trying to follow the law.