A pro-gun activist says two of President Trump’s potential Supreme Court nominees would be a vast improvement over Ruth Bader Ginsburg when it comes to Second Amendment rights. 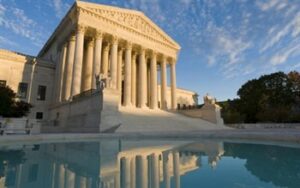 During her tenure on the high court, Ginsburg was not a friend of the Second Amendment. So Mike Hammond, legislative council to Gun Owners of America, says her vacant seat is a huge deal for the gun rights advocates.

“If [President Trump] replaces her with a conservative, then you have a somewhat more reliable conservative bench in terms of their willingness to adhere to the Constitution and the laws as opposed to making up their own law in order to achieve their ideological objectives,” Hammond notes.