Late into Friday night, Gun Owners of America (GOA) worked on strategies to counteract the Biden Russian firearms and ammunition ban. GOA gave AmmoLand News an exclusive look into how its emergency response team worked on analyzing government orders and crafts a response to what the group considers an anti-liberty act. 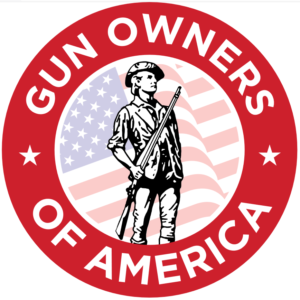 The first alert went out to the team shortly after 5 PM and an hour before Jared Yannis broke the news on his Guns & Gadget YouTube channel. GOA was aware of the rumor that Russian websites were reporting. Shortly after the news broke, GOA’s Director of Federal Affairs, Aidan Johnston, who was on vacation, verified the information with the United States Department of State. Several members of GOA’s staff were on vacation but joined the virtual war room to understand the new rules and craft the response.

The first order of business was to read through the new ban/order to understand what it meant for gun owners. One thing that was clear is that GOA wants to understand the order before putting out a statement. When asked, the leadership of GOA stated that they would rather delay a response to a new ruling and clearly understand it than put out wrong information. The group wants to avoid a boy that cried wolf scenario, as we have seen with bills such as HR127.

Everyone’s hands were on deck at GOA. Erich Pratt led the discussion with a select group of GOA employees.

Everyone was picked for their expertise. Pratt weighed everyone’s opinion equally. People are allowed to voice their disagreements, even if it is an intern disagreeing with Pratt himself. Pratts states that he doesn’t want yes men. He wants people that can move the cause of gun rights forward, and he believes you cannot let ego get in the way of progress. Once the group grasped the weight of the new order, the group went through the given reasons for the order…

GOA analyzed the State Department’s stated reason for the ban and decided that this most likely is back door gun control by the Biden administration.

Biden has been openly hostile towards gun owners, and the idea of banning the importation of ammunition and firearms has been floated for years by anti-gun groups. The gun-rights group worked together on a statement for the membership and beyond.

That statement read: “Gun Owners of America is aware of the Biden State Department’s Notice that “[n]ew and pending permit applications for the permanent importation of firearms and ammunition manufactured or located in Russia will be subject to a policy of denial.”

“We recognize the devastating implications these sanctions would have on individual gun owners amidst a national ammunition shortage. We are currently exploring administrative, congressional, and legal avenues to respond to these new sanctions.”

“Once again, the Biden Administration’s actions are misplaced. Ending imports by licensed importers will not stop drug dealers, murderers and other assorted street criminals. It will, however, harm legitimate US businesses while driving up the cost of other ammunition due to more buyers chasing a smaller supply. It is clear to us that the intention is not to harm Russia but rather to hinder the acuisition of firearms and ammunition by American citizens.