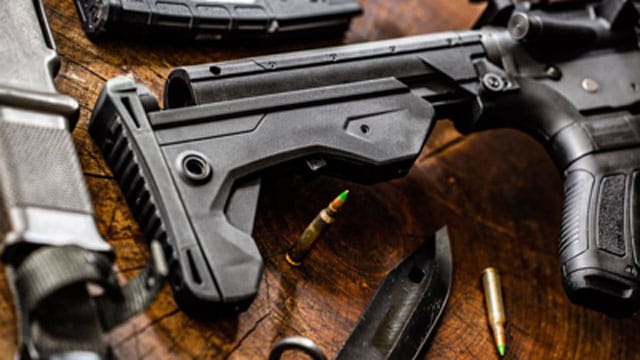 The advocacy group drafted a letter Wednesday to President Donald Trump, urging him to squash the ban before it turns into a “slippery slope” of regulations against semiautomatic firearms.

“Mr. President, if your administration arbitrarily classifies bump fire stocks as machineguns, consistency would require classifying every pair of Levi’s jeans as machineguns — on the theory that they have belt loops which can be used to enable bump firing,” said GOA Chairman Tim Macy in the letter. “Indeed, ATF would also be required to classify human beings themselves as machineguns, since some shooters are able to bump fire their semiautomatic firearms using nothing more complicated than their trigger finger.”