Gun Owners of America — and its Foundation (GOF) — have submitted an amicus brief before the Supreme Court in NYSRP v. NY City. Although the case pertains to gun control in the Big Apple, it has huge ramifications for our gun-owning freedoms nationwide.

Regarding this specific case, exercising Second Amendment rights in New York state requires multiple levels of government approval.  To possess a handgun in the home in New York City requires a “premises license” from the city.  As part of that license, the person is prohibited from removing the firearm from the “premises.”  The license names a specific person, specific premises, and specific handgun(s).

The only exceptions are transporting a handgun, unloaded and locked away, to an authorized hunting area or an “authorized small arms range/shooting club.”  There are only seven such locations in New York City.  The Plaintiffs in this case are prohibited from taking their handguns to shooting ranges outside the city, or even to their second homes outside the city. 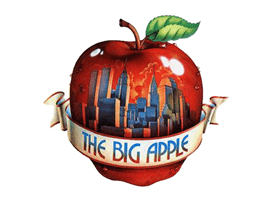 Click hear to read the Gun Owners of America brief.

GOA’s brief in this case argues that the Second Amendment text is what should guide our nation’s judges, and that they are NOT at liberty to impose their own, flawed judgments to circumvent our rights.

As stated by the GOA brief:

Heller and McDonald leave little doubt that courts are to assess gun bans and regulations based on text, history, and tradition, not by a balancing test … [where Judges] usurp the role of the Framers of the Second Amendment.

Of course, the underlying issues in this case are much broader, given that our brief smacks down what many judges are doing around the country to restrict our rights. These judges have empowered themselves to ignore the Second Amendment and to limit the protections that are guaranteed to American gun owners.

Consider how federal judges, all across the nation, have ruled in recent months that:

GOA’s hard-hitting brief before the Supreme Court cuts to the heart of this problem by arguing that judges have to follow the Constitution — and the text of the Second Amendment — rather than imposing their own pre-conceived views upon the text.