When Governments Restrict Guns, People Make Their Own By the Millions 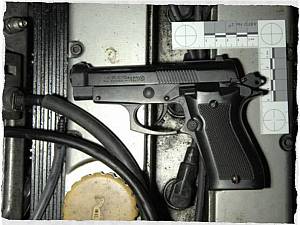 Around the world, governments attempt to limit subjects’ legal access to weapons—ostensibly to keep the peace, but in reality often done to minimize challenges to government power. And, around the world, those subjects defy such restrictions, often going so far as to manufacture weapons outside official channels. In fact, DIY firearms ranging in sophistication from muskets to grenade launchers exist in the millions across the planet, according to a new report that should (but won’t) finally demonstrate to government officials the futility of efforts to disarm people who insist on being free.

As of yet, DIY weapons probably constitute a small fraction of the firearms in circulation. Nobody knows how many homemade guns are out there for sure, of course, but commercially manufactured guns remain legally available in much of the world, and easily accessible through black market means in much of the rest. Buying what you want is generally easier than manufacturing the goods.

But where restrictions are tight and illlicit manufacturing has become well-established, DIY guns are increasingly prevalent:

…Improvised and craft-produced small arms account for a sizable proportion of weapons seized in domestic law enforcement operations in several countries. In the UK, some 80 per cent of all guns used in crime in 2011 and 2012 were improvised, craft-produced, or converted; in São Paulo, Brazil, 48 per cent of the sub-machine guns recovered during the same period were homemade; and in Indonesia, 98 per cent of the guns confiscated from robbery suspects in 2013 were homemade…