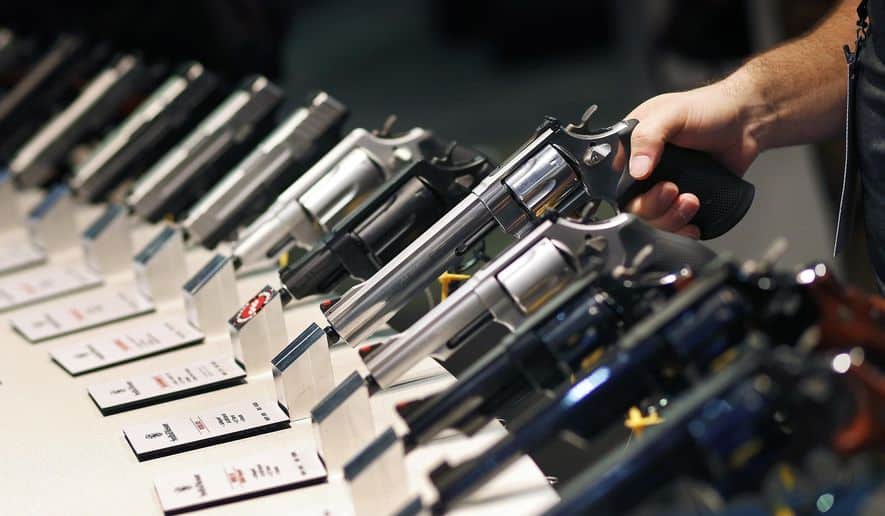 “The bottom line is that guns do save lives, despite what the self-defense deniers try to claim,” Mr. Pratt said.

Recent crime victims are more likely to own guns than people who hadn’t reported being a victim of a crime in the previous 12 months, according to a Gallup analysis released this week.

Thirty-three percent of U.S. adults who were recent victims of assault, theft, or property crimes also said they own a gun, compared to 28 percent of gun owners who weren’t recent crime victims, according to an analysis of recent Gallup annual crime surveys.

The difference in gun ownership among victims versus non-victims held when the numbers were broken down by sex, as well as among those who reported living in a town, a rural area, or the suburbs.

However, recent crime victims who reported living in cities were about as likely as non-victims to report owning a gun.

“To some degree, tougher restrictions on gun ownership in many cities may make it harder for crime victims to obtain guns,” Gallup’s Riley Brands and Jeffrey M. Jones wrote in an analysis accompanying the data.

The authors wrote that one explanation for the broader discrepancy could be that those who have been a crime victim purchased a gun in reaction to that event, but also specified that the relationship between the two data points is unclear. They also said crime victims are more likely than non-victims to own guns when fear is taken into account.

In a 2013 Gallup survey, 60 percent of gun owners said the reason they keep a weapon for personal safety or protection.

“More broadly, Americans tend to believe that having a gun in the home or carrying concealed weapons would do more to keep people safe than to put them at risk of harm,” Mr. Brands and Mr. Jones wrote.

Erich Pratt, executive director of Gun Owners of America, predicted that gun control advocates would try to spin the numbers to argue that guns make a person less safe.

“We don’t know when the crime victims bought their guns,” he said. “Did a significant percentage of the victims buy their guns after they were victimized? We don’t know because respondents were not asked.”

“The bottom line is that guns do save lives, despite what the self-defense deniers try to claim,” Mr. Pratt said.

Presented with the analysis and its findings, though, a few gun control groups either declined to weigh in or didn’t respond for comment.