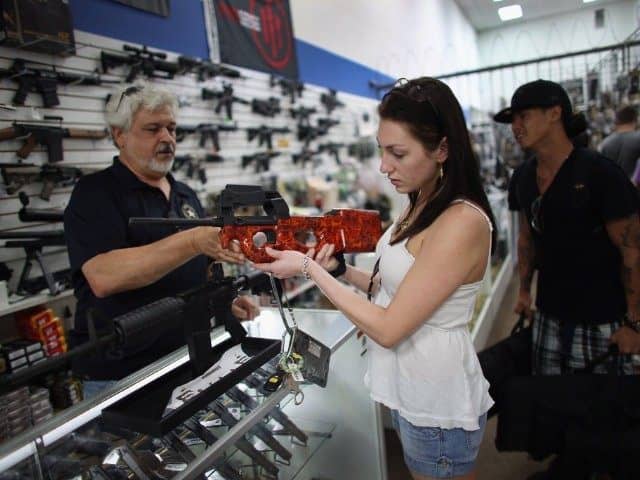 Gun Ownership has nearly doubled since 1993, yet in the 23 years between then and now, the Bureau of Justice Statistics shows that violent crime has fallen 77 percent.

We are not talking about a slight increase in gun ownership. Rather, we are talking about gun ownership surging to the point that the 192 million guns Americans owned in 1994 are approximately 350 million or more guns today. And violent crime decreased sharply.

Fox Business points out that violent crime did see an isolated increase in 2015. But the increase was just “3.4 percent more than in 2014,” which did not even begin to reverse the tide of decades of plummeting violent crime numbers. Case in point: “The 2015 figures are 0.7% below those reported in 2011, but 16.5% lower than a decade ago.”

Fox Business points to the Bureau of Justice Statistics that show “violent crime has plummeted 77% since 1993.” This means there are “18.6 victimizations per 1,000 persons age 12 or older, compared with 79.8 victimizations … [decades] ago.”