Gun Owners of America (GOA) is asking 2A supporters to contact our US Senators to urge them to reject an anti-gun “study” that’s being used to push for more gun control laws, by using children. 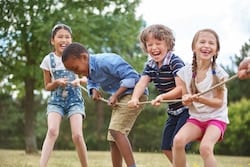 They say the skewed study, which uses data from the gun-hating Brady Campaign, was released by the American Academy of Pediatrics (AAP). This association has a history of anti-gun “studies,” but the GOA’s email fails to let us know which study they are referencing. A little research shows they’re citing a study titled “States with Strict Firearm Laws Have Lower Rates of Pediatric Death Due to Firearm Injury,” which was released on July 15.

GOA says the interpretation of data by AAP is misleading at best, and asks pro-gunners to send a pre-written message to Senators urging them not to fall for it; here’s what the letter says:

The American Academy of Pediatrics (AAP) released a “study” using data from the virulently anti-gun Brady Campaign which claims that tougher gun control leads to fewer firearm deaths of children.

Their goal is to convince you to support gun control measures such as Universal Background Checks or Red Flag Gun Grabs — or else be publicly shamed as an enabler of children’s deaths.

The pediatrics’ lobby wants you to believe that children are safer in Baltimore and the south side of Chicago than in Cheyenne, Wyoming or Bismarck, North Dakota.

In reality, the surest way to endanger children is to create more and more “gun-free zones” for killers to flock to.

To simply look at these grades, one might assume that Maryland is the safer state. But then one would be wrong.

Not only has Maryland’s additional gun control NOT made the state any safer, its murder rate is almost DOUBLE the rate of Virginia’s.

In fact, Baltimore leads all large cities with the highest murder rate per capita.

The “success” of gun control is based on nothing but circular reasoning.

The AAP report “adjusted” government data to determine that 21,241 children died of “firearm-related injuries” during a recent five-year period.

Among the many flaws in their analysis is this: Over two-thirds of firearms-related deaths are from suicides. But roughly half of suicide deaths are from means other than firearms.

Hence, the inaccessibility of firearms in places like New York and San Francisco will simply shift suicide methods to jumping, overdoses, and wrist-slashing.

The study also ignored how many children were saved in the more than 500,000 to 3 million times a year that guns are used to prevent crime.

The Centers for Disease Control have already reported that guns are used millions of times each year in self-defense. In fact, compared to the negative uses of firearms, the CDC data demonstrates that guns are used 16-100 times more often to save life than to take life.

I implore you to carefully and rationally review the facts before voting on any gun control measures passed by Nancy Pelosi’s House majority.

You can send a copy of the letter by clicking here (you will get a chance to edit or add to the letter before you send it).