Earlier this week AmmoLand reported on the case of Jonathan Carpenter of Osceola, FL who lost his gun rights due to mistaken identity.

Carpenter received a letter from the Florida Department of Agriculture and Consumer Affairs notifying him they had suspended his concealed handgun permit due to domestic violence. This charge came as a shock to him. 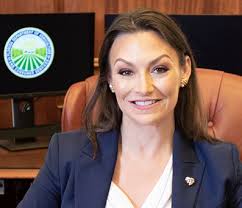 The Florida Department of Agriculture told him to go to the clerk of the circuit court and get a form stating that there wasn’t any type of order against him. The clerk told him there was a restraining order against him, and he needed to speak to the Sheriff.

The Sheriff supplied the restraining order. He did not match the description of the man at all. The Sheriff told him he had to turn in his guns and wait for the court date so the woman could verify it wasn’t him.

AmmoLand reported the story and started to get picked up by other publications. Gun rights organizations such as Gun Owners of America and Florida Carry began to get involved to help out Carpenter.

Hank Strange, who brought the story to AmmoLand, started advocating for Carpenter on his show. A sympathetic Captain in the police department decided to help out the Marine veteran. He took it upon himself to take a picture of Carpenter and had another officer bring it to the woman who took out the restraining order.

The woman confirmed to the police that they had the wrong Jonathan Edward Carpenter. The Sheriff’s Department quickly was able to get the restraining order removed from the father and husband.

His guns were safe from confiscation, but the Florida Department of Agriculture and Consumer Affairs still had his concealed handgun permit suspended. They told Carpenter it would take up to eight weeks to get his permit restored. They were able to suspend the permit immediately but claimed it would take two months to restore his rights…

To many situations like Carpenter’s case shows how the state could misapply red flag laws to be able to disarm their citizens. Seventeen states have Extreme Risk Protection Orders on the books, and there is a push to have a federal red flag law. This prospect scares Gun Owners of America’s Senior Vice President Erich Pratt.

“This is good news,” Pratt told AmmoLand. “The fact that Jonathan Carpenter was able to get his concealed carry permit restored so quickly — and avoid having his guns confiscated in the first place — underscores how important ‘due process’ protections are.”

“Right now, there are many in Congress who want to shove Red Flag gun confiscation orders down the “throats” of the states. But these laws would allow guns to be confiscated from law-abiding gun owners, without any due process whatsoever. No appearing before a judge … no having your attorney present … no trial by jury — none of these protections would apply before police confiscate firearms from honest gun owners.”

“GOA is grateful that ‘due process’ allowed a case of mistaken identity from resulting in a horrible tragedy.”

AmmoLand spoke to Nikki Fried’s Press Secretary, Max Flugrath. Flugrath told AmmoLand that he is looking into the situation and will respond to AmmoLand as soon as he can.

As of this writing, AmmoLand has not received any additional information from the Florida Department of Agriculture and Consumer Affairs.