Keep Up the Heat on Republican Senators and President Trump!

Now is Not the Time to Let Up!

Cracks Seemingly Forming in the Push for Gun Control! 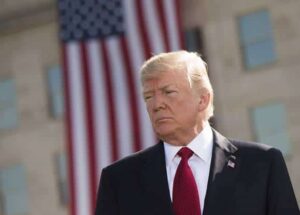 As you read this, a battle is raging between two camps of White House staffers:

Even so, there are conflicting reports in the media, with some indicating that the President is backing off his earlier push for gun control.

Another media outlet explained: “GOA members sent a whopping two million letters to the White House and to the Senate in past weeks, urging Republicans to support the 2nd Amendment.”

Press reports also show that pro-gun leaders are busy communicating with the White House — some directly with the President, but others in meetings with the staff, given that many in the Oval Office are pushing gun control.

Politico reported yesterday that “John Velleco, the executive vice president for Gun Owners of America, [is] on the books for a meeting” with the White House.

These are encouraging articles. But then there are also reports indicating that the President is keeping private conversations alive with anti-gun congressional leaders.

According to The Hill, Trump was on the phone with anti-gun Senator Chris Murphy (D-CT), talking about how to enact these two major objectives of the Bloomberg & Giffords gun control movement.

The Hill also reports that Trump was negotiating with anti-gun Senators Pat Toomey (R-PA) and Joe Manchin (D-WV) about paving the way to passing their gun registration bill.

What does all of this mean?  It means that we can’t go silent!  We have to make sure that the President CONTINUES TO HEAR from gun owners around the nation.

Please add your name to our NEW pre-written letter (above) — and let’s continue to flood every Republican inbox at the White House and in the Senate, warning them that if they vote for gun control, they will face traumatic consequences at the polls.

The anti-gun Left is mourning the fact that Trump already seems to be getting the message.

Consider that the New York Times reported today that, “Mr. Trump has heard from a wide range of conservative allies who have warned him that he will imperil his re-election chances if he makes a deal with Democrats on guns.”

That’s a message that Rush Limbaugh has delivered on his show … that GOA’s Erich Pratt delivered on Fox News … and which gun owners by the THOUSANDS have been delivering to the White House.

There is no doubt that anti-gunners are still working through the month of August, plotting to restrict your Second Amendment rights. And that means that we can’t let up either!

If Republicans persist (and succeed) in passing gun registration and confiscation legislation, the remainder of the Second Amendment will be gravely imperiled.

You may remember that George H.W. Bush spit on his “READ MY LIPS” promise not to raise taxes.

Yes, the tax debacle was an issue for Bush. But equally potent was Bush’s betrayal on gun rights, as researcher Dave Kopel’s recent article points out.

Bush’s support for gun control cost him eleven states in 1992 — states where gun rights had played a significant role and which he had won in 1988.

Bush had a one-term failed presidency, and Trump would suffer the same fate if he were to go back on his 2A promises to the American people.

Please add your name to our NEW pre-written letter (above) so we can continue flooding every Republican inbox at the White House and in the Senate, warning them that if they vote to slice up the Second Amendment, American voters will NEVER FORGET IT.

We need to remind Republicans that they already have legislation that they can pass which will make a difference. It’s called Constitutional Carry Reciprocity (H.R. 38 and S. 69).

We also must let Republicans know that they do not need additional laws to deal with killers like the Dayton, Ohio shooter. As I mentioned in my recent Townhall article, the Dayton killer could have easily had his guns removed (using due process) if anyone had bothered to use pre-existing law.

The killer had a long record of threatening people, and as it turns out, one can be charged in Ohio with “menacing,” which the state treats as a felony.

But here’s the problem, if the authorities weren’t willing to charge the shooter under current law, they certainly would not have “red flagged” him.

The good news is that Senate Republicans have already received more than 2,000,000 letters from GOA members demanding that they block all gun control legislation in the Senate.

So let’s step up the pressure.

Again, please add your name to our NEW pre-written letter (above) so we can continue flooding every Republican inbox at the White House and in the Senate, warning them that if they vote to slice up the Second Amendment, American voters will NEVER FORGET IT.