Brady background check has failed to live up to its promises

“ATF agents did not consider most of the prohibited persons who had obtained guns to be dangerous.”

Those words, quoted last year by USA TODAY, explain why the Bureau of Alcohol, Tobacco, Firearms and Explosives and local governments are not prosecuting most gun buyers who get denied by FBI background checks.

It’s because these people are largely not the “bad guys.” Rather, they consist of hundreds of thousands of veterans who didn’t know they had been stripped of their constitutional rights without due process.

Or they’re people subject to bench warrants who didn’t realize their unpaid traffic tickets made them outlaws.

Or they were people like Navy veteran Jeff Schrader, whose 45-year-old misdemeanor conviction for a street fight prevented him from buying a gun. 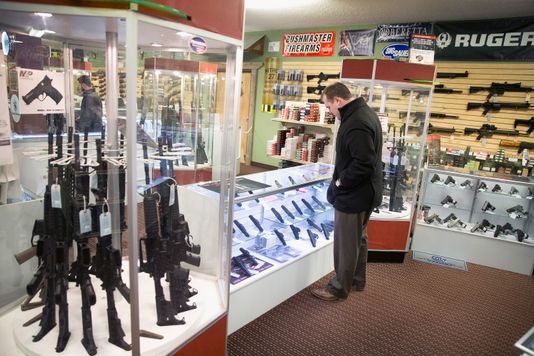 The FBI understands that to prosecute these cases would be a joke. As even noted in this month’s Government Accountability Office report, “These cases are not appealing to judges and juries. (Officials) find juries questioning why the case is being prosecuted.” The report also shows that states are achieving a horrid conviction rate of about 10 percent in prosecuting these cases.

After hundreds of millions of dollars spent, the Brady background check has failed to live up to its promises. Yet USA TODAY wants to double down and enforce a failed law even more vigorously.

This news outlet ignores several GAO studies that show how background checks can be easily bypassed by criminals using fake IDs and how gun owners are being unlawfully registered.

No wonder that police — by 2-1 — favor concealed carry over increased background checks as the best way to prevent mass shootings.

The fact that background checks overwhelmingly harm decent gun owners can be easily seen in the Department of Justice’s own figures. Almost 95% of initial denials are false positives — usually because the good guys had the same name as known bad guys.

Rather than merely enforcing an unconstitutional and ineffective background check system, Congress just needs to scrap it.