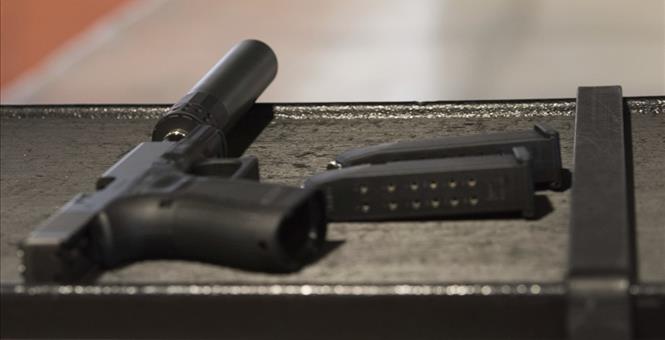 We all know that female participation in gun ownership and shooting sports is up. Female gun owners are also lining up for their carry permits as well. The gun industry knows that women are the next big thing for their business. It’s no longer an activity or a right exercised solely by white men, which if often an anti-gun talking point to denigrate the Bill of Rights. In fact, it’s made the gun control movement’s work in the stripping of our Second Amendment rights all the more difficult. They will put forth statistics about how a firearm in the home makes it less safe, but people don’t care. They want to be safe and more often than not—voters will side with the notion that a firearm increases one’s security. For starters, no one likes to be told how to live and how to manage their own safety priorities, let alone being lectured by anti-gun wingnuts from the liberal bastions of America about it. Well, The Guardian reported that black women are beginning to line up to learn how to use firearms for their own protection. What started as a group of ten women in Georgia has grown into a “movement.”

It was a modest setting for the launch of a movement: 10 African American women sat on folding metal chairs lining the edges of a small, gray-carpeted room on the second floor of the Bullseye Indoor Range and Gun Shop in Lawrenceville, Georgia.

They nervously giggled as Marchelle Tigner began her lesson. Seven of them had never held a gun before.

“This is a movement, and it starts now,” Tigner told her students. Heads nodded.

Tigner, who lives in Savannah, Georgia, sensed that there was pent-up demand when she launched Trigger Happy Firearm Instruction in November. She found the Bullseye firing range near Atlanta and offered the class through social media, hoping for 20 students. But the class sold out in two days, so she expanded it to 40. Another class scheduled for 4 March sold out to 40 students in 24 hours; a third class for 30 on 18 March sold out in 30 hours; and so did a fourth on 19 March. Tigner’s now got classes scheduled through the end of May, including several in Fort Lauderdale, Florida.

She said she’s surprised at the response her classes have received. “The growth of these classes – I never expected it,” she said. “It shows me how unsafe these women feel in their communities.”

I can confirm that more African American women are learning to shoot,” said Kenn Blanchard, author of Black Man with a Gun, a gun ownership manual. “I’m getting emails from places like Pennsylvania, Arizona, saying: ‘Hey Kenn, these seven ladies were shooting – look at their scores.’ That’s never happened before,” said Blanchard, who’s based in Maryland.

Nicholas Johnson, law professor at Fordham University and author of Negroes and the Gun: The Black Tradition of Arms, pointed to a 2014 survey showing that 54% of black people felt that owning guns did “more to protect people than endanger personal safety”, nearly doubling the 29% who said the same two years earlier. “I would not be surprised if it is stronger now, with the idea that the political environment has tacitly approved violent behavior,” he said.

The publication added that Tigner and her business partner are both survivors of domestic abuse. Other black women who have organized gun training seminars across the country touched upon their growing fear about interracial violence, namely since Donald Trump won the 2016 election. Still, there seemed to be a consensus that violence, no matter who is committing it, is very much part of the black experience in America. Hence the need for protection from these elements, which is a right enshrined in our Constitution and settled in the 2008 D.C. v. Heller case.

Frankly, racists or no racists, it doesn’t matter. If someone is threatening you and your family with violence, then by all means do what is necessary to protect yourself and your loved ones. While I doubt that Trump’s win has been the harbinger for these racist incidents (we’ve always had moronic racists among us), I’m glad to see that more women are lining up to get trained in firearm use.

Still, there are some black women who tend to view those packing heat as Uncle Toms. Take Antonia Okafor, a campus carry activist and Independent Journal Review contributor, who said that black women are the ones who give her the harshest criticism for her Second Amendment advocacy.

“People don’t know me, or how I came to my beliefs,” she said. “My experience comes more from being a woman and being empowered through my gun.” And for women facing a life-threatening situation by a male assailant, a firearm is the greatest equalizer.