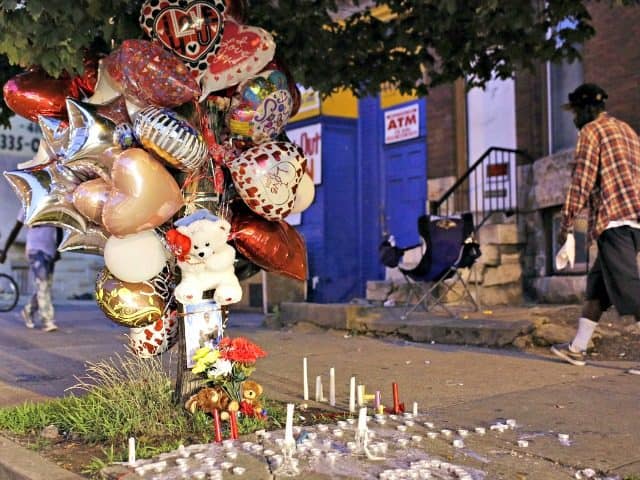 In the facing of gun-control’s failure to stem violence in Democrat-run Baltimore, Mayor Mayor Catherine Pugh (D) is asking the FBI to help stem the rising murder rate.

A total of 318 people were murdered in Baltimore last year. The Baltimore Sun put this into perspective by reporting that “one out of every 2,000 [Baltimore] residents was killed in 2016.”

Now Mayor Pugh is begging for help. WJZ quoted Pugh saying, “I’m calling on all the assistance we can possibly get because I can’t imagine going into our summer months with our crime rate where it is today, what that’s going to look like by the end of the summer.” She added, “Murder is out of control.”

This admission comes even though Baltimore is one of the most gun-controlled cities in America. The city has a “high capacity” magazine ban, which was contained in the Firearm Safety Act of 2013. Yet Breitbart News reported that “The Trace, a gun control journalism outlet, shows that the criminal use of ‘high capacity’ magazines jumped in 2013 and continued to climb in 2014, 2015, and 2016.”

In addition to the “high capacity” magazine ban, the Baltimore Sun indicates the Firearm Safety Act requires would-be handgun purchasers to submit fingerprints to the state police, and Fox News reports the Act created a ban that covers “45 types of assault weapons.” Yet Baltimore’s two deadliest years on record–2015 and 2016–occurred after all the gun controls were in place.

Mayor Pugh is now asking the FBI to step in and stop the bloodshed.