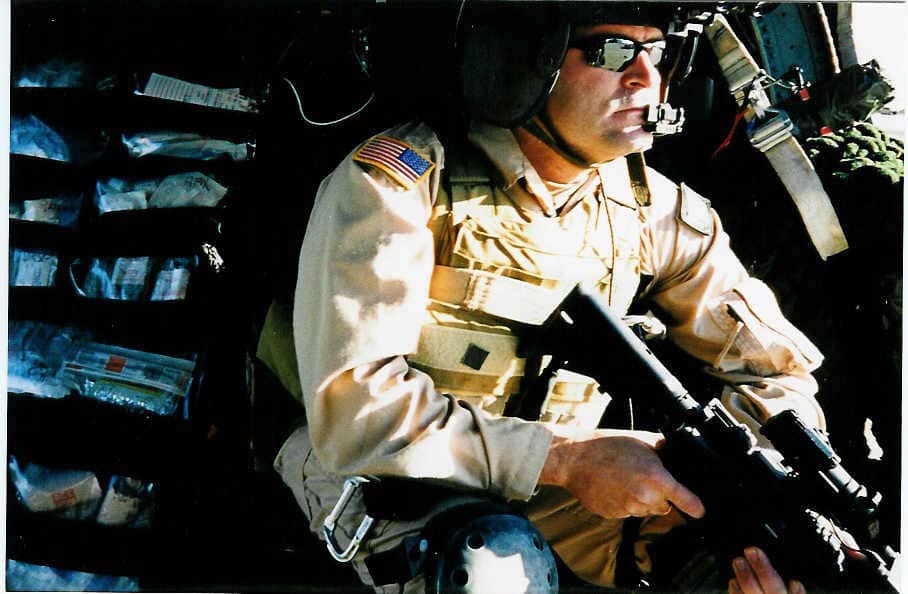 The West Point graduate and Iraq War Army veteran [that] President Donald Trump has nominated to be the new Army Secretary has a very good understanding of the Second Amendment, which is predictably driving anti-liberty liberals insane.

The West Point graduate and Iraq War Army veteran [that] President Donald Trump has nominated to be the new Army Secretary has a very good understanding of the Second Amendment, which is predictably driving anti-liberty liberals insane:

[GOA Life Member and] Tennessee state Sen. Mark Green (R), President Donald Trump’s nominee for Army secretary, strongly believes that citizens should be armed ― and not just with any ol’ guns. They should be able to possess whatever weapons the military has, because an armed citizenry is the “ultimate checks and balances” against the federal government.

“The Second Amendment, while it allows citizens to protect themselves from other citizens, goes well beyond just allowing us to defend ourselves from a criminal,” Green said at a pro-gun rally in 2013.

“The men who penned and ratified this document gave us the right to keep and bear arms as an ultimate checks and balances against the federal government,” he added. “When considering magazine size and weapon type, comments like, ‘You don’t need a 10-round magazine to hunt deer’ completely misses the point of the Second Amendment.”

Amanda Terkel, the melodramatic politics editor of the Huffington Post, mocked Green’s constitutionally-accurate position, noting that in a 2013 speech, Green said citizens should be able to own pretty much whatever they want, including aircraft carriers. She thought that the idea of Americans owning warships was absurd.

Individual Americans have owned their own combat ships, and even their own private navies. In the War of 1812, for example, the U.S. Navy fielded just 23 ships and 556 guns. American privateers did the bulk of the fighting on the high seas in the war of 1812, as 517 American civilian ships bristling with more than 2,800 privately-owned cannon went to war against Great Britain and captured roughly 1,300 ships.

Businessman James De Wulf, who later became a Senator from Rhode Island, sent out his 18-gun brig the Yankee to war against the British, and it became the most successful privateer of the war (PDF).

Private navies are still being used today to fight piracy.

Anyone who actually reads the works of the Founding Fathers would not doubt for a single second that the common arms of the modern military—semi-automatic pistols, submachine guns, assault rifles, general purpose machine guns, anti-tank weapons, artillery, armed armored vehicles, and yes, private navies—are expressly the kind of weapons that they wanted American citizens to own to guard against government tyranny.

These are some of the weapons of a modern militia, just as muskets, rifles, pistols, cannon, mortars, pivot guns, and other small arms and ordnance were the weapons of the day in the late 18th and early 19th centuries.

Clearly, Mr. Green has distinct advantage over Ms. Terkel, in that he was educated in a university environment that famously demands intellectual rigor (the United States Military Academy), instead of her alma mater Colgate University, an unserious liberals arts “feeling” school that just went on a full lock-down because the mental midgets of their student body freaked out over a glue gun.

If Ms. Terkel had bothered to study history as much as Mr. Green did, she’d know that the Founders would expect the modern militia to be armed the same as our military….