Gorsuch Nomination Coming Down to This Question: Do You Support or Oppose the Second Amendment?

Click on the Take Action button to contact your U.S. Senators and urge them to support the confirmation of Neil Gorsuch to the Supreme Court.

The confirmation hearings for Neil Gorsuch are now over, having lasted for four long days.

She tried, ten different ways, to get Supreme Court nominee Neil Gorsuch to denounce the Second Amendment — or to subscribe to a narrow interpretation of it.

She tried to get Gorsuch to endorse the interpretation that stripped 257,000 law-abiding veterans of their rights without due process.

She pushed safety-free school zone legislation that has turned our kids into sitting ducks.

She even tried to get Gorsuch to endorse bans on certain types of guns.

And, if that wasn’t enough, anti-gun Senator Richard Blumenthal (D-CT) asked the very same questions the next day.

All to no avail.

Gorsuch “stuck to his guns,” literally and otherwise — and rebuffed Feinstein again and again.

Liberals like Far-Left Senator Sheldon Whitehouse (D-RI) oppose the Gorsuch nomination because, among other things, Gorsuch would not overturn Heller and thereby write the Second Amendment out of the Constitution.

Gorsuch Goes to Bat for the Second Amendment

No two people agree 100% of the time.  But, on the one Gorsuch opinion which directly affected the Second Amendment, Gorsuch was, by far, the most pro-gun judge on the Tenth Circuit (in Denver).

That case, U.S. v. Games-Perez, interpreted the “mens rea” or “guilty state of mind” language which was inserted into the Firearm Owners’ Protection Act at the behest of GOA’s legal counsel. 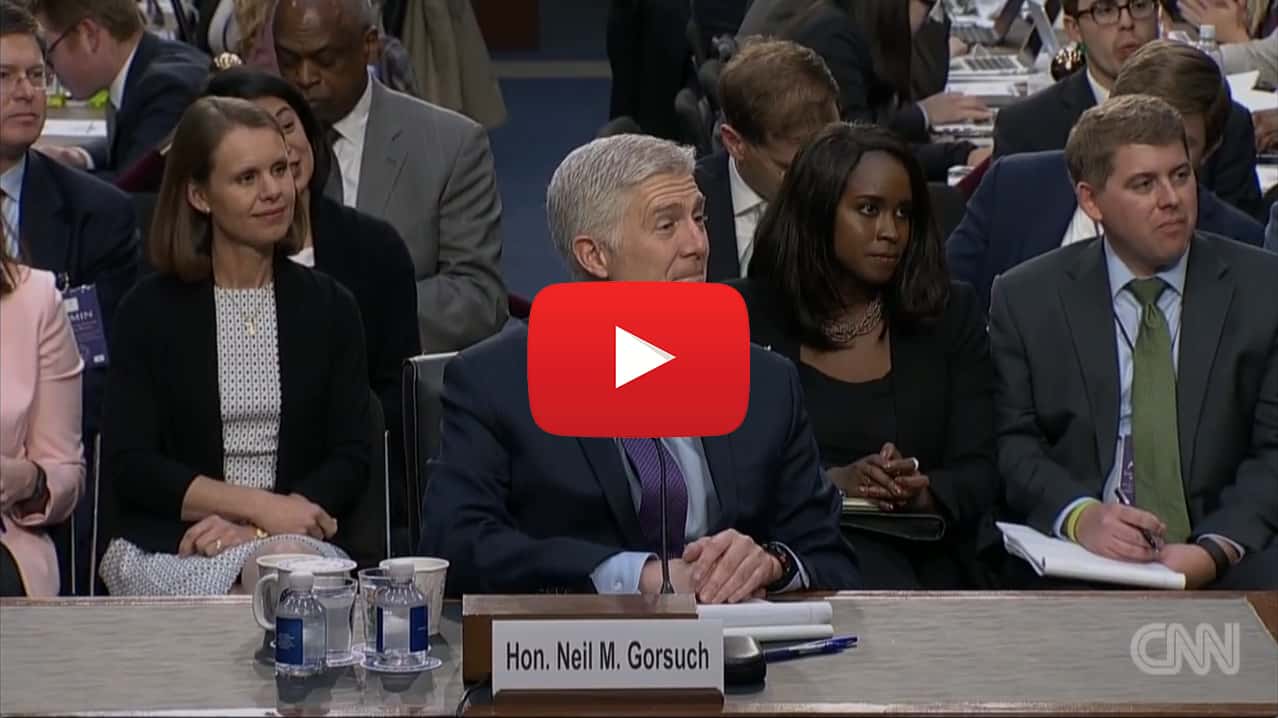 The question was whether you could be sent to jail, if you didn’t know you were prohibited from owning a gun.

And only Gorsuch — alone among the entire Tenth Circuit — understood the obvious pro-gun meaning and ramifications of this language.

So what it comes down to is this:  Liberals like Chuck Schumer oppose Gorsuch because of their hatred for the Second Amendment — and their expectation that Gorsuch will defend it.

Furthermore, if Gorsuch is not confirmed, his replacement may well vote to overturn Heller and, as far as the courts of concerned, write the Second Amendment out of the Constitution.

As a result, Gun Owners of America will rate a vote against Gorsuch as an anti-gun vote.

If You Have Democrat Senators, Your Activism is Especially Important!

We will particularly be watching Democrats who “claim” to support the Second Amendment — and who will be up for election in 2018.

So please contact your U.S. Senators and urge them to support the confirmation of Neil Gorsuch to the Supreme Court.

P.S.  Please forward this alert to your pro-gun family and friends — and contact your U.S. Senators, urging them to support the confirmation of Neil Gorsuch to the Supreme Court.